Making the right decisions is one of the most important components of a successful and happy life. In order to continuously choose the appropriate actions, a correct evaluation of the associated risks of choice options is absolutely necessary. Research from different domains has shown that cognitive biases, which influence our evaluation of risks, exist and lead individuals to make suboptimal choices. This is not only important for individual well-being, but also has an essential impact on risk assessments in a professional context, e.g. on creating and estimating risk scenarios in companies. Our article provides an overview of the cognitive biases and individual differences in risk processing, and discusses approaches to deal with these cognitive biases. We furthermore summarize the neuroscientific underpinnings of risk and emphasize the benefit of using neuroeconomics in reaching the goal of protecting individuals from making adverse decisions under risk.

The interdisciplinary field of neuroeconomics was roughly established in the late 1990’s and focuses on deciphering the biological roots of human decision making [for a short overview: see Häusler/Weber 2014]. Especially decisions under uncertainty, in which the outcome of actions is not perfectly predictable, are an important focus of current research endeavors.

Overview of a few cognitive biases

From a rational perspective, a perfect decision maker should update beliefs about his environment in a Bayesian way, i.e. by objectively integrating new information into his previous beliefs. However, many different and important cognitive biases have en robustly described in the past, showing divergence from the rational Bayesian updater (see Table 01). Studies from behavioral finance revealed that individuals tend to form beliefs about the future by extrapolating past experiences, placing decreased weight on events that happened further in the past (recency effect, see Table 01). The beliefs can thus be biased and possibly lead to an over- or underestimation of risks.

Table 01: Overview and examples of a five cognitive biases.

Another important factor is overconfidence, which has been shown to result in negative individual outcomes, as seen e.g. with excessive trading by overconfident investors [see Grinblatt/Keloharju 2009], henceforth depicting that overconfident individuals tend to underestimate the risks associated with their personal actions. In a professional context, overconfident CEOs tend to overestimate their ability to generate returns and show higher amounts of mergers and acquisitions [see Malmendier/Tate 2008].

In addition to personality traits, individual personal experiences have long been known to have a strong impact on decisions. A recent study has shown that individuals from households with lower socioeconomic status are more pessimistic with regard to estimating outcome probabilities of stocks [see Kuhnen/Miu 2015], thus exhibiting a pessimism bias. Additionally, individuals from the generation that grew up during the Great Depression were less likely to participate in the stock market and to take financial risks [see Malmendier/Nagel 2009]. When these participants were asked to invest in stocks, they only invested a lower fraction of their liquid assets [see Malmendier/Nagel 2009]. There are no studies yet investigating this effect in a professional context, but given that again individuals have to predict probabilities of risks in scenario analyses, it is very likely that the same biases occur in this context as well.

The neuroscientific underpinnings of risky decisions

The neuroscientific community has been able to identify the main brain areas involved in risky decisions: most importantly the ventral striatum (VS) and the anterior insula (AI) (see Figure 01). Depicting biological differences between individuals, activation in the AI has additionally been shown to act as an "intuitive" early warning signal for market bubbles and individuals with such signaling ended up earning more money than their counterparts lacking such signals [Smith et al. 2014]. However, since risky decision-making involves many different aspects and is also influenced by the context, recent studies have tried to manipulate these specific aspects and situations. Experimental paradigms are employed to assess risk preferences in- and outside of magnetic resonance imaging (MRI) scanners. An example of this is our current neuroscientific adaptation (see Figure 02) of an experiment recently published by Camelia Kuhnen [Kuhnen 2015] in the Journal of Finance. Our adaptation of this experimental paradigm displays the advantageous capability of neuroeconomic research to pick apart different aspects of risk processing in both gain and loss situations by measuring brain activation during stimulus presentation, risk-seeking (stock) or risk-averse (bond) decision-making, and during stock outcome feedback. With a lot of experiments employing different types of financial “games” worldwide, each of these experiments is bringing the field of neuroeconomics one step closer to achieving its goal of building a comprehensive model integrating different aspects of decisions under risk. 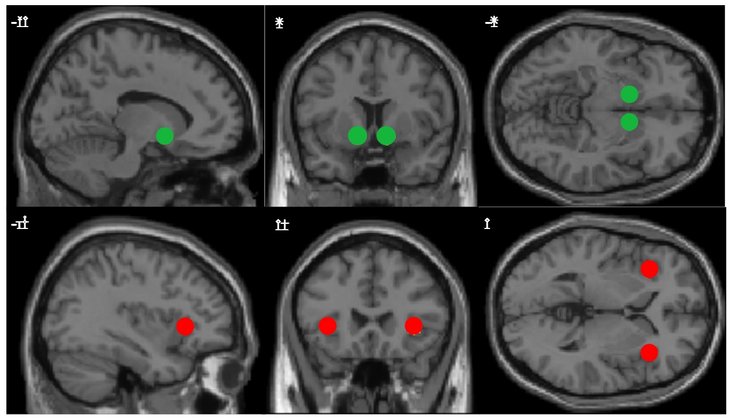 Approaches to deal with cognitive biases

An important question is of course how people can decrease individual biases. A first approach would be to increase awareness by informing the decision makers, i.e. individuals and professional risk managers, much more about the different biases to be considered in their decisions. This could be done in the form of information brochures or workshops. Additionally, emotion regulation strategies have also been shown to improve decisions in certain conditions. Especially under “hot” conditions, i.e. when decision makers are aroused due to current circumstances, emotion regulation strategies such as reappraisal can help the decision maker. In the mid-term future this might be supported by visualizing and showing decision makers their current physiological state as measured via skin-conductance or even Electroencephalography (EEG). These interventions will have to be carefully validated in close interaction of academics and end users.

Why is neuroeconomic research important?

The increased understanding of the biological underpinnings of human decision making is important at several levels. Besides academic interest, one of the primary reasons and motivations is to identify individuals who might be more prone to biases than others and who could strongly benefit from interventions. On the aggregate level, individual investors should not be underestimated, since the power of summated worldwide individual investments can exceed investments of professional investment companies. In such cases it would be wise to understand the underlying motivations of individual investors in more detail in order to provide support for limiting detrimental financial phenomena. Given the current state of knowledge, the same phenomena may also hold true for professional risk managers. Although one might argue that neuroscientific methods might be unimportant for this endeavor (since we are only interested in behavior), the knowledge about biological constraints can greatly limit the huge tree of possible behavioral interventions and make research more effective. Even though applications based on neuroeconomic insights are still in their infancy, the growing knowledge will certainly help to create environments in which people can perform decisions to the best of their abilities. 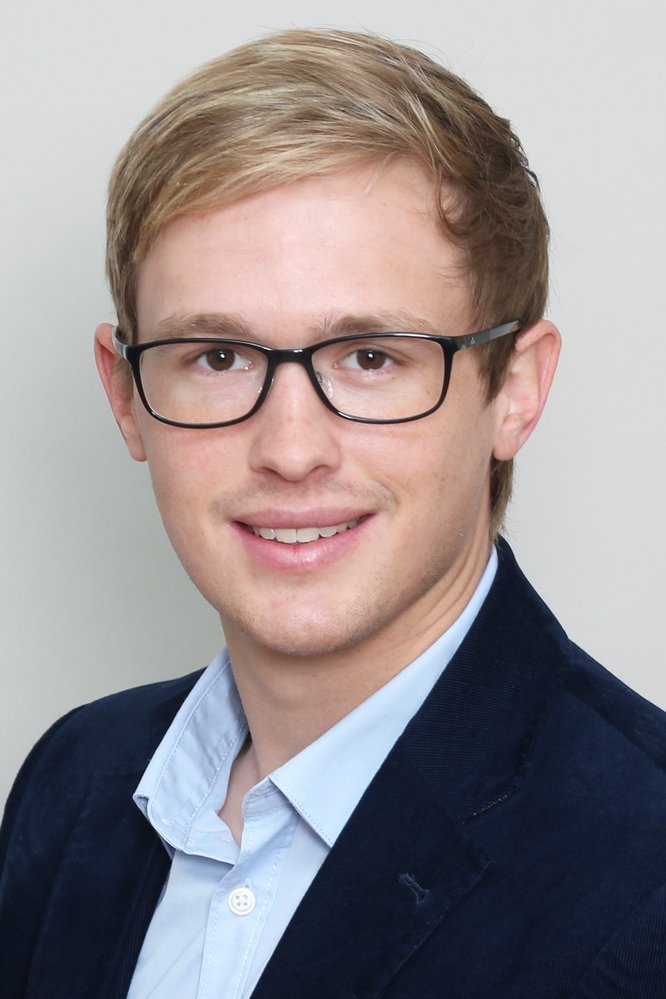 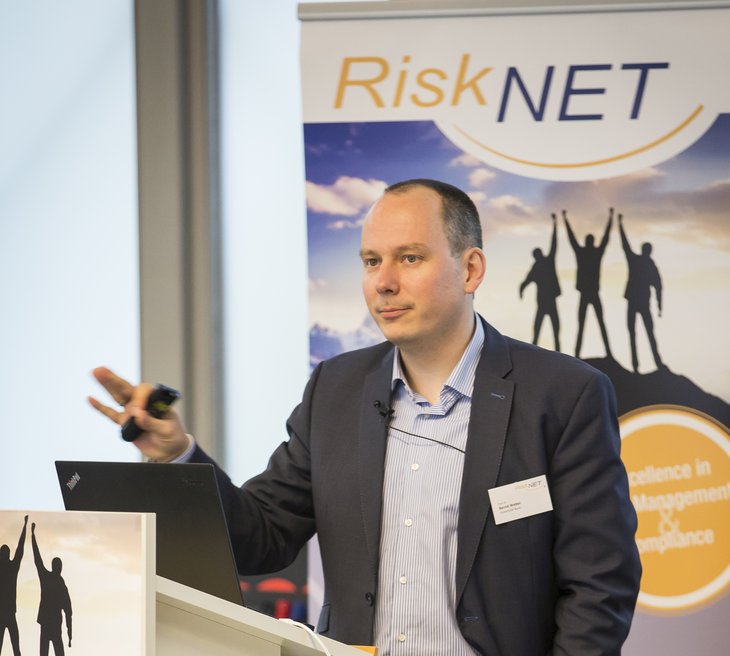