"Trump is getting nervous: China adopting a dangerous course in its nuclear policy", "Illegal weapons test: North Korea fires rocket towards Japan", "Turkish/Kurdish conflict: On the brink of exploding?", "Conflicts in Hong Kong and Kashmir: The new Asian disorder?" Four headlines from 2019 with a common message: For many editors, geopolitics and geo-economics are among the most important current issues. A look at the global risk map certainly backs this up – with geopolitical distortions and the many unresolved financial market issues in Europe and across the world. In these unsettled times, there's only one thing we know for sure: Uncertainty is the new certainty!

"With all these uncertainties, our picture of the future is getting increasingly blurred", said Frank Romeike, organiser of the RiskNET Summit 2019, in his introductory talk. The words "uncertain" and "uncertainty" appeared around 90 times in the OECD's latest economic report. Meanwhile, the expert advisory board's annual report mentioned the terms 47 times. And the "Economic Policy Uncertainty Index" is at 350 points, the highest figure the academics at Stanford University, the University of Chicago and Northwestern University have ever measured.

But the main result of increasing uncertainty is that our picture of the future is increasingly blurred. Uncertainty unsettles people. It gets into their heads and prevents them making decisions. And uncertainty promotes more uncertainty. Romeike said: "Crisis is a productive condition. You just have to get rid of the taste of disaster." Doing this means that companies need an unbiased view ahead. Even more importantly, top managers have to be able to make the right decisions in a "world of disorder". They are well advised to implement effective and forward-looking risk management. Frank Romeike referred to the ancient traveller Odysseus: "Risk management has to be put into practice on a day-to-day basis, and Odysseus's adventures present us with a great example of managing opportunity and risk."

More than 100 delegates at the RiskNET Summit – a two-day event with the theme "Excellence in Risk Management & Compliance" – were able to find out for themselves what this could look like in reality. So first let's open up the big risk map for geopolitics and the financial market.

Erosion of the liberal post-war order

Günther Schmid, Emeritus Professor of Geopolitics, former advisor to the Chancellor's office and an expert in international security policy, began the event by addressing geopolitical and geo-economic risks in a disordered world. Schmid said: "Geopolitics and geo-economics are the key elements in the major powers' strategies." He cited a number of examples, including the USA under Donald Trump. According to Schmid, Trump is pursuing a policy of protectionism, rejection of multilateral relationships and the dismantling of America's hegemonic role. This is referred to as "Leading from behind". At the same time, the USA is waging an economic war on Europe and China.

Talking of China, they are also prepared to enforce their geopolitical power militarily, in the South China Sea for example. But also geo-economically, as the Chinese Silk Road project illustrates. China is pursuing an aggressive economic policy, aiming to achieve global technological leadership in ten key areas. The basis is a powerful state – externally and internally. The latter aspect is based around monitoring of society, with facial recognition, cameras and a social scoring system.

Schmid went on to explain how international politics is moving into a new era. This is highlighted by an erosion of the stable rules-based liberal post-war order. Schmid called it a "shifting of the axes" with "geopolitical complexity". He added: "We are experiencing a battle between China and the USA for geo-strategic, technological and political domination in the 21st Century."

He explained: "This is only the most obvious manifestation of a new bipolar age." Schmid recently talked about this in an exclusive interview with the RiskNET risk management portal: "The power conflict between the USA, China and Russia will be played out in the form of geopolitical conflicts over influence and control in strategically important areas, such as the South China Sea, Central Asia, the Near and Middle East, the Persian Gulf and the Arctic." The expert in international security policy underlined and extended these arguments at the RiskNET Summit: "There is a global battle between systems, between freedom and authoritarian systems." Essentially, Schmid is describing a scenario where countries cooperate closely with partners in certain fields, while simultaneously delineating themselves from them in others. One particularly telling example is the authoritarian state of China and its successful economic policy. Global politics is in a phase of fundamental transition. But where is it all heading? Schmid can see several scenarios, including a bipolar world, "Asianisation" of the world and an increase in regional hegemonies, such as Brazil or Iran. He concluded with his geopolitical outlook: "It's an open race." 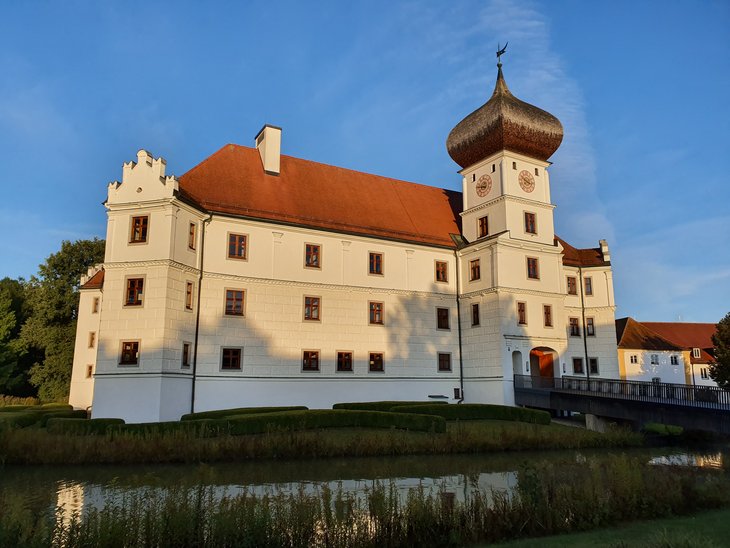 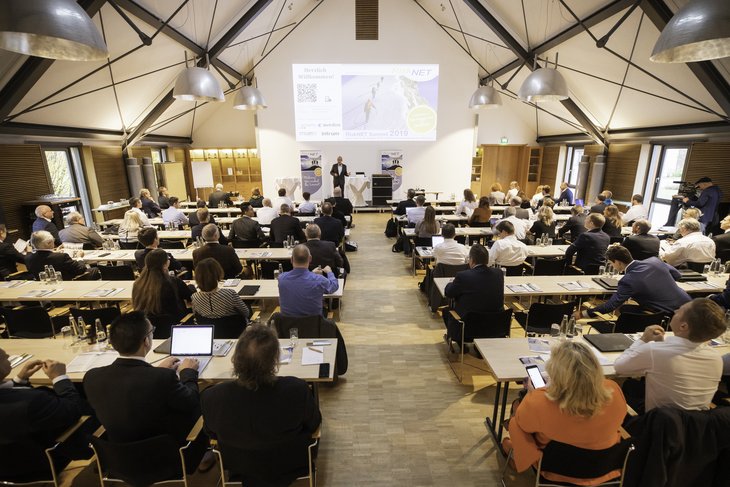 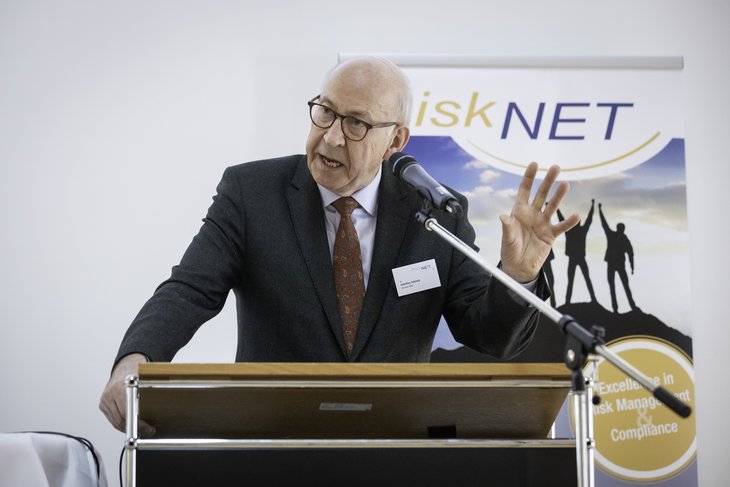 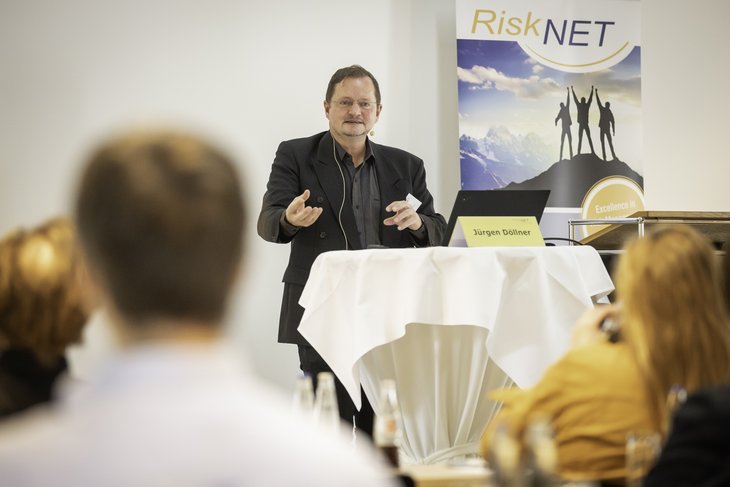 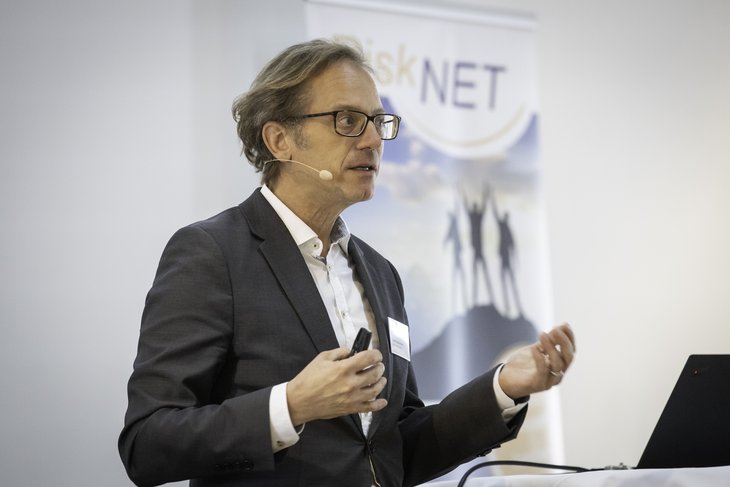 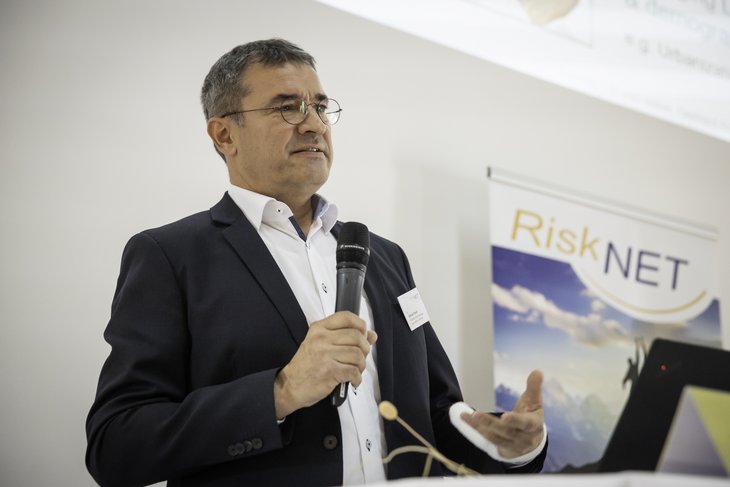 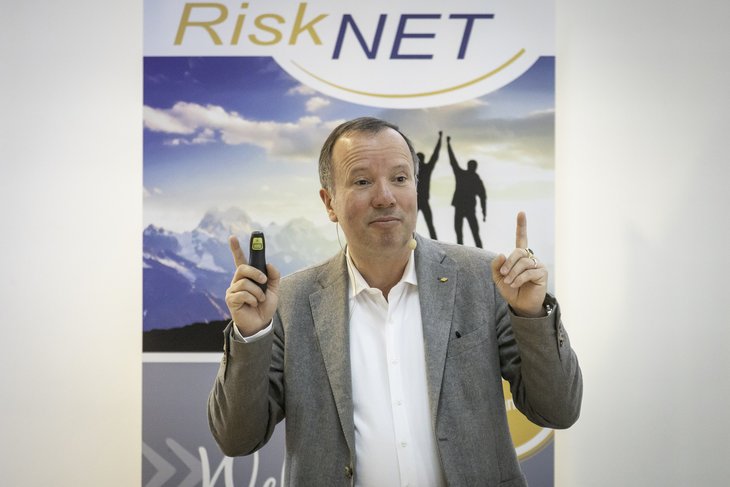 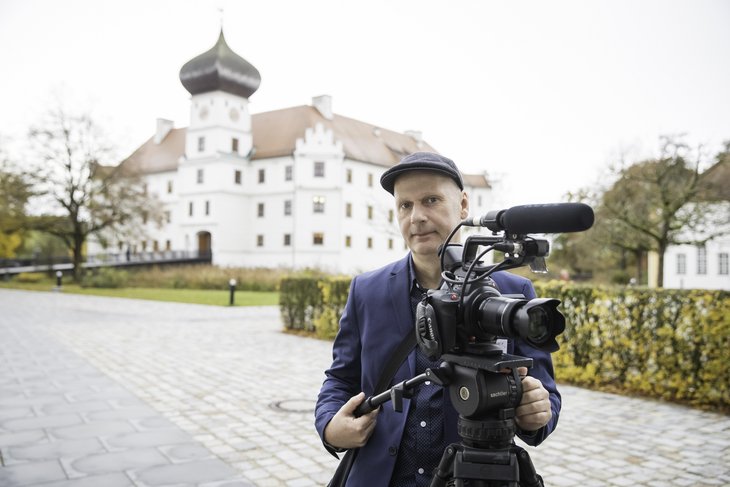 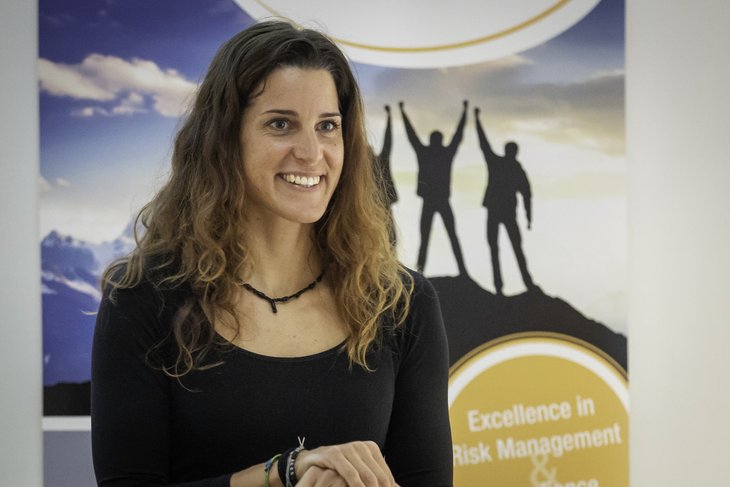 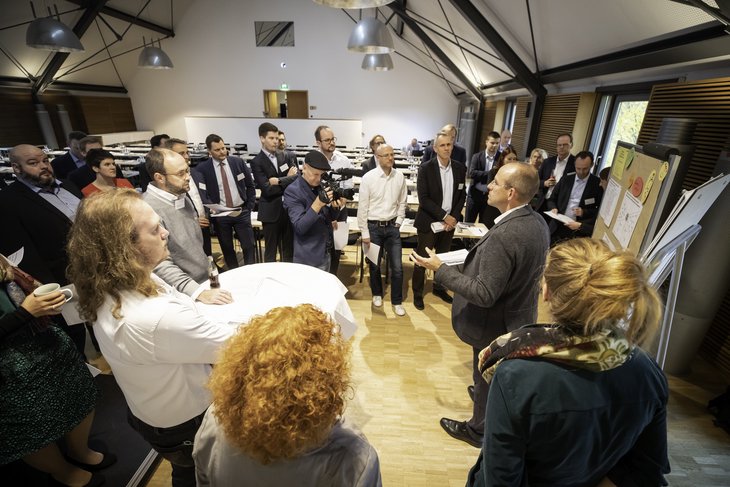 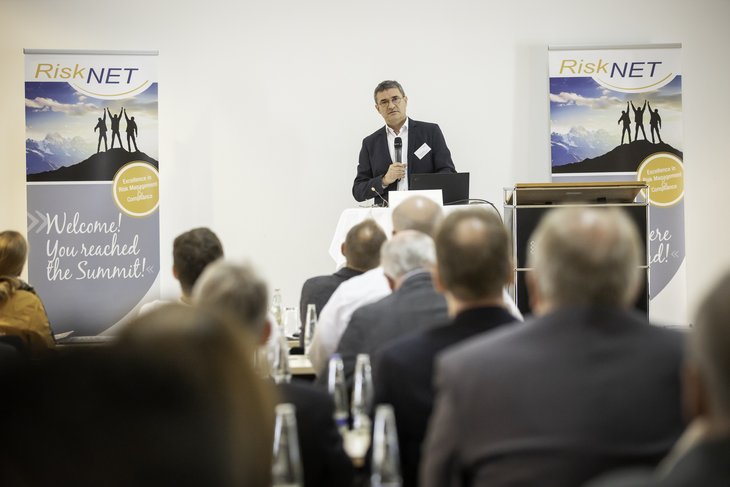 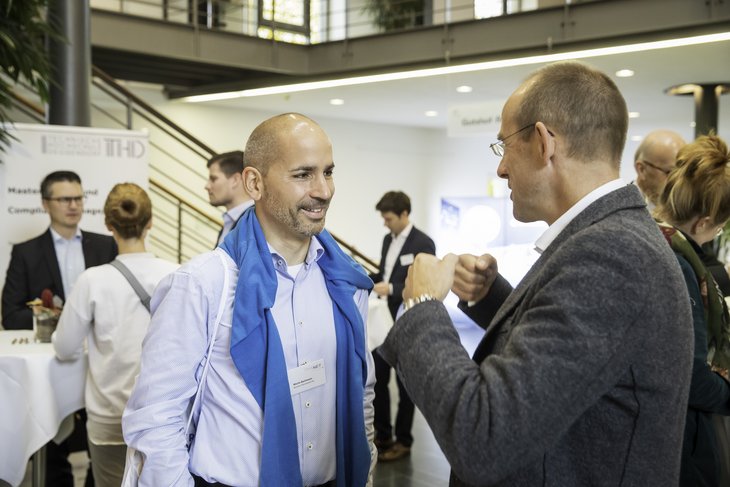 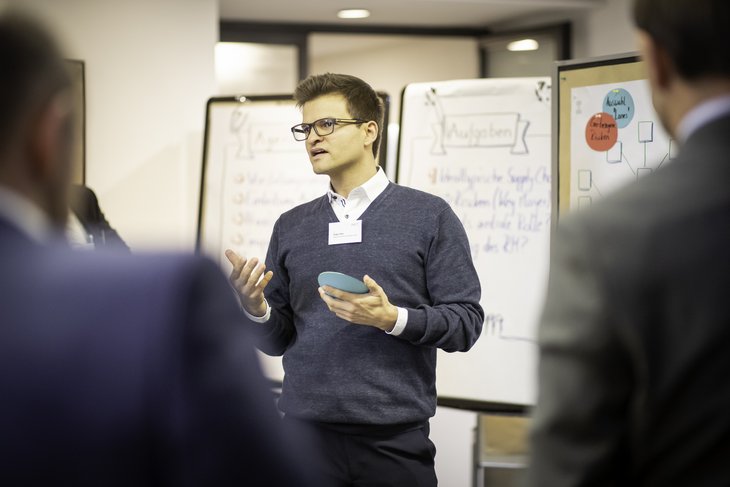 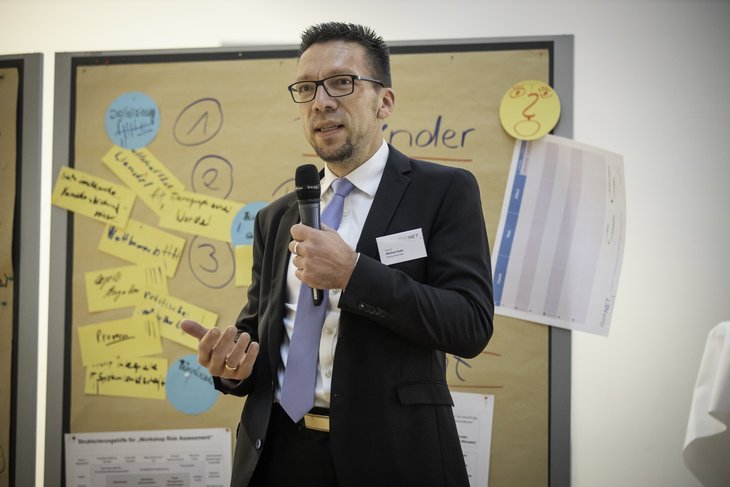 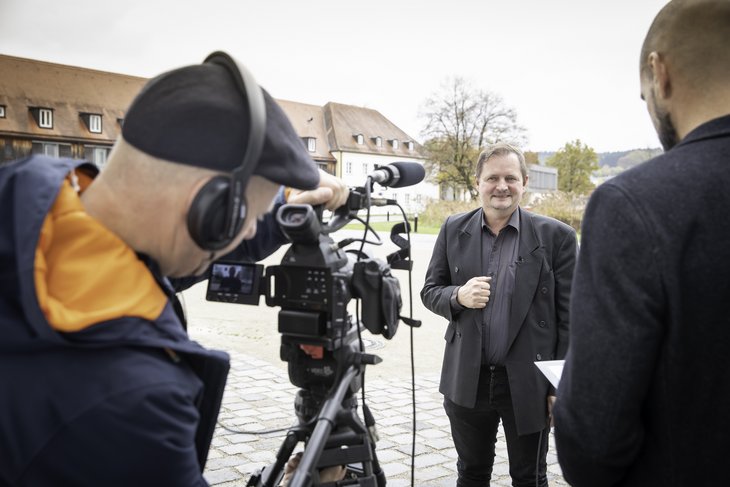 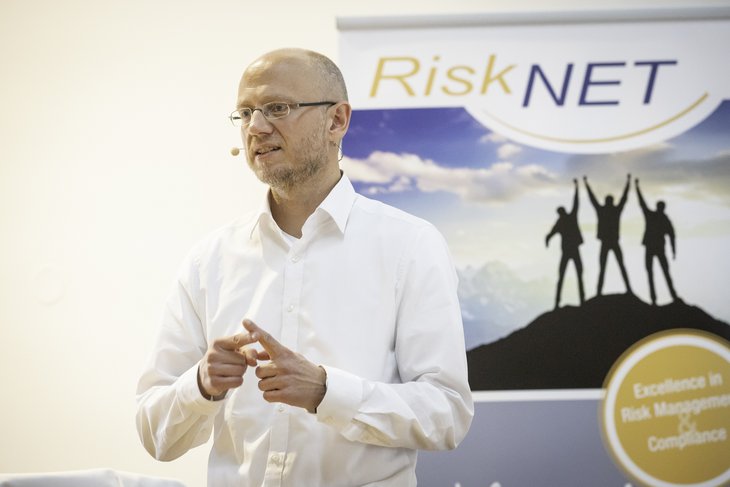 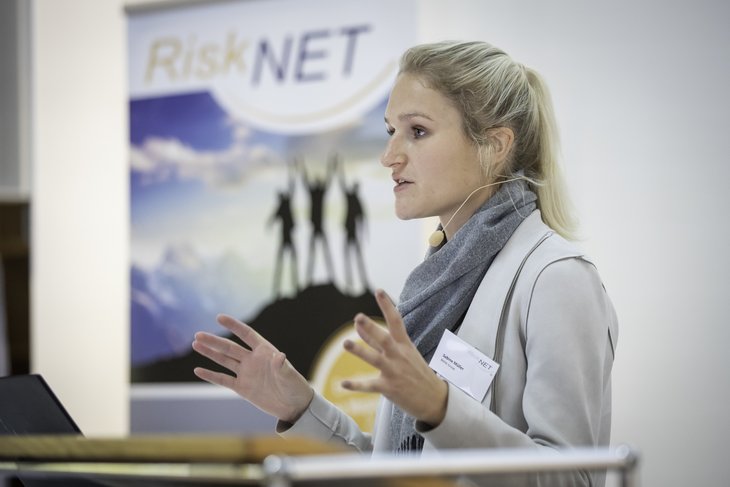 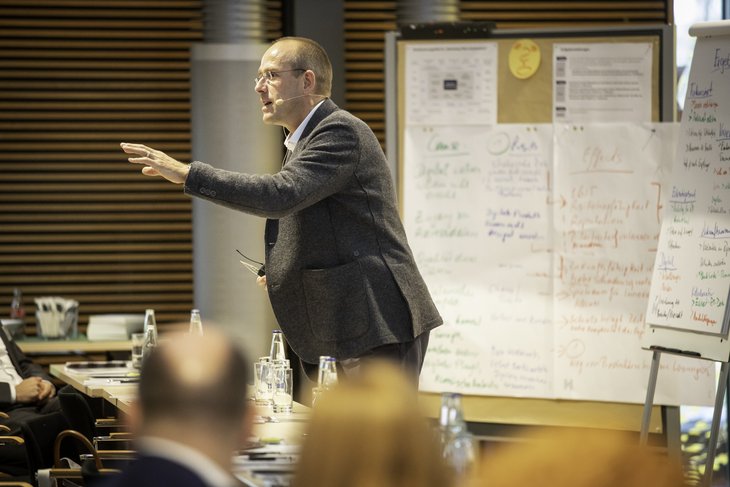 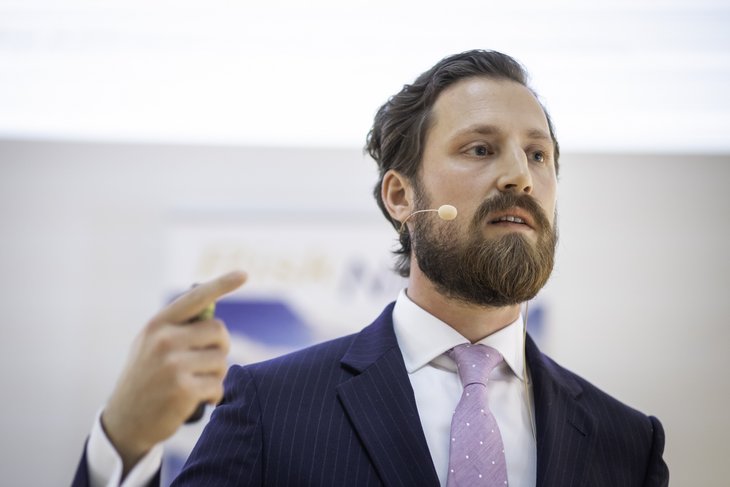 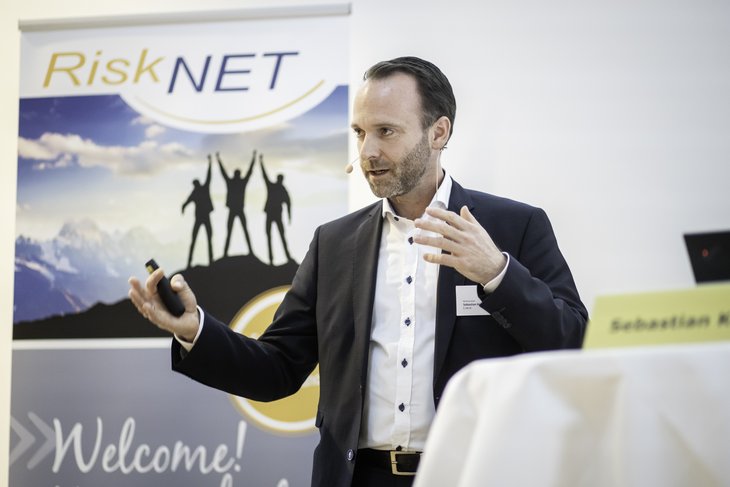