The recovery in the Eurozone is expected to continue at a moderate pace. Real gross domestic product is estimated to increase by 1.5% in 2015, and by 0.4% in comparison to the previous quarters in both Q1 and Q2 2016. Private consumption is set to continue to be the main driver behind the upturn, stimulated by a renewed drop in oil prices and higher earnings on labour. In addition, expansive stimuli from fiscal policy, mainly in Germany, are expected to raise public consumption. Favourable financing conditions and rising capacity utilization are expected to give a lift to total investment in the first two quarters in 2016. Assuming a fixed oil price at 35$ per barrel and a stabilization of the €/$ exchange rate at 1.08 in the coming quarters, inflation is expected to increase moderately and reach +0.4% in Q2 2016.

Industrial production in the Eurozone lost momentum in the spring 2015 – it expanded by 0.1% in Q3 after contracting by 0.1% in Q2. The previous two quarters have been much more buoyant. This deceleration mainly reflects a slowdown of activity in emerging countries in the first half of 2015, followed by an increase in uncertainty and a downward revision of growth prospects in these economies.

Industrial production is foreseen to moderately accelerate in Q1 and Q2 2016 according to the improvements in business surveys. External demand is likely to slightly improve as well, as a sudden stop in China is becoming less probable and the expansion of the US economy is expected to regain momentum. All in all, industrial production is forecasted to accelerate by 0.3% in  Q4 2015 and by 0.4% in both Q1 and Q2 2016. 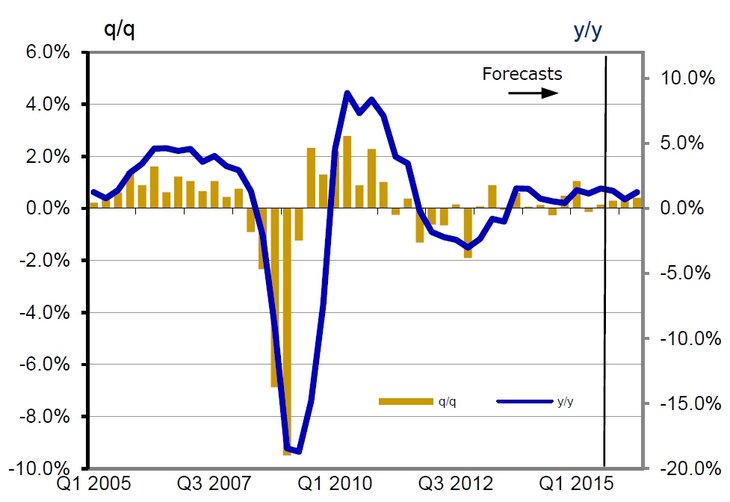 Over the forecasting horizon, domestic demand is set to boost economic activity mainly driven by solid private and public consumption. Due to the latest fall in oil prices, as well as rising employment and wages, real income is expected to stimulate household consumption. In Q4 2015 however, the latter should be slightly weakened by the fears the deadly terror attacks on 13 November in Paris have caused. Conversely, fiscal and social policy is providing positive impulses, mainly due to the expansion in German government spending on consumption and transfers in response to the migration of refugees. 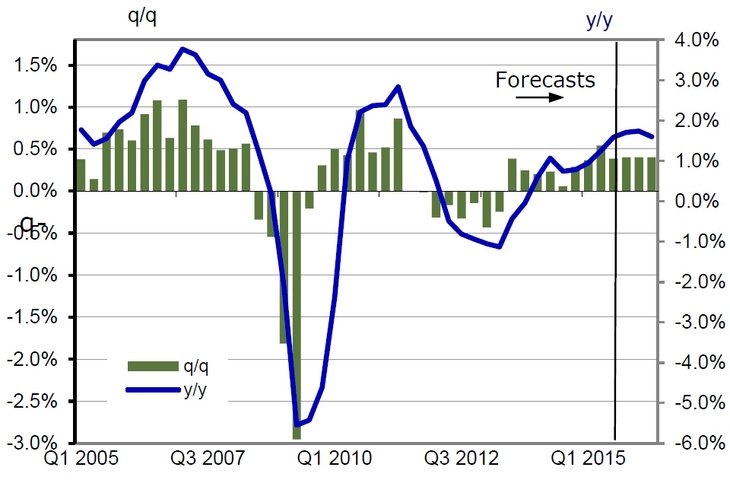 In presence of low level of inflation, the European central bank continues to follow non-standard and expansive monetary policy. In this environment both capital market and borrowing rates are expected to remain low over the forecasting period. Favourable financing conditions and rising capacity utilisation rates will make increasing levels of investment in equipment and in construction all the more likely in the coming quarters. Net exports are not expected to provide any sizeable stimuli to production: with a slight acceleration in global trade in the coming quarters, external demand for European products is set to improve, but the effect should be outweighed by the faster expansion in imports due to the strong domestic demand.

Consumer prices are set to stay unchanged in 2015, curbed mainly by the fall in energy prices. Provided that the exchange rate and oil price stay constant at 1.08 dollar per euro and 35$ per barrel respectively, the oil price is expected to have less of a constraining impact be driven up by domestic forces and prices are expected to increase by 0.5% and 0.4% in Q1 and Q2 2016, respectively.

Middle East could unsettle consumers, producers and investors across the world. In such a scenario oil prices could easily surge, since many Middle Eastern countries are among the world’s largest oil producers. There are also risks related to the ongoing structural transformation of the Chinese economy, from an export- and investment-driven economy to a consumption-driven one. A spluttering of the transformation process, or even a not-so-smooth running of it, may once again lead to capital outflows from the emerging countries. This, in turn, may cause strong financial market turbulence; or even exchange rate crises. On the upside, imports of emerging economies could accelerate more sharply than currently projected in a reaction to their steep fall in early 2015. 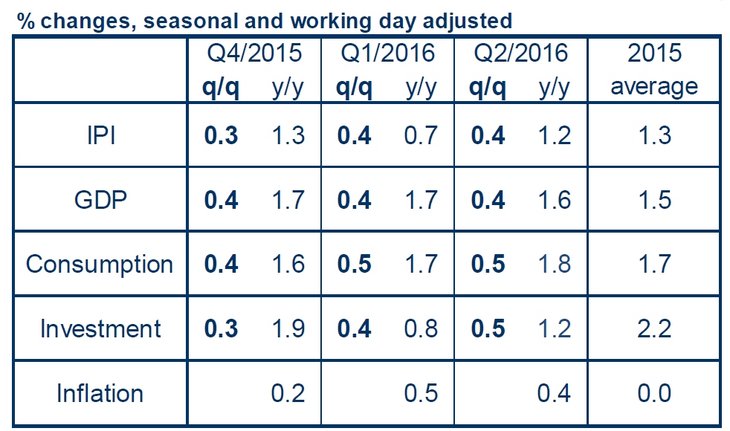 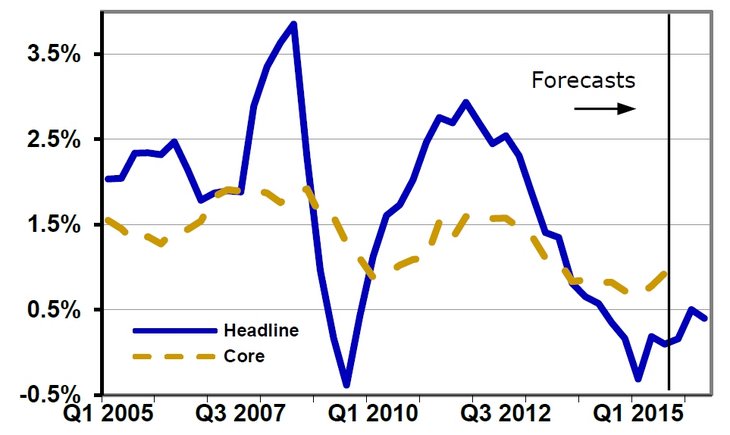 [This quarterly publication is prepared jointly by the German IFO institute, the French Insee institute, and the Italian Istat institute. The forecast results are based on consensus estimates building on common macroeconomic forecast methods by the three institutes. They are based on time-series models using auxiliary indicators from business surveys by national institutes, Eurostat, and the European Commission. The joint three-quarter forecast covers Eurozone industrial production, GDP, consumption, investment, and inflation.]