The prospect of strong economic growth in 2018 presents leaders with a golden opportunity to address signs of severe weakness in many of the complex systems that underpin our world, such as societies, economies, international relations and the environment. That is the message of The Global Risks Report 2018, published by the World Economic Forum.

The report – which every January shares the perspectives of global experts and decision-makers on the most significant risks that face the world – cautions that we are struggling to keep up with the accelerating pace of change. It highlights numerous areas where we are pushing systems to the brink, from extinction-level rates of biodiversity loss to mounting concerns about the possibility of new wars.

The annual Global Risks Perception Survey (GRPS) suggests that experts are preparing for another year of heightened risk. The experts of the World Economic Forum asked nearly 1,000 respondents for their views about the trajectory of risks in 2018, 59% of their answers pointed to an intensification of risks, compared with 7% pointing to declining risks.

A deteriorating geopolitical landscape is partly to blame for the pessimistic outlook in 2018, with 93% of respondents saying they expect political or economic confrontations between major powers to worsen and nearly 80% expecting an increase in risks associated with war involving major powers.

However, as in 2017, the environment was by far the greatest concern raised by experts. Among the 30 global risks the experts were asked to prioritize in terms of likelihood and impact, all five environmental risks – extreme weather; biodiversity loss and ecosystem collapse; major natural disasters; man-made environmental disasters; and failure of climate-change mitigation and adaptation – were ranked highly on both dimensions. Extreme weather events were seen as the single most prominent risk.

"A widening economic recovery presents us with an opportunity that we cannot afford to squander, to tackle the fractures that we have allowed to weaken the world's institutions, societies and environment. We must take seriously the risk of a global systems breakdown. Together we have the resources and the new scientific and technological knowledge to prevent this. Above all, the challenge is to find the will and momentum to work together for a shared future," said Klaus Schwab, Founder and Executive Chairman, World Economic Forum.

According to the Global Risks Perception Survey, cyber threats are growing in prominence, with large-scale cyberattacks now ranked third in terms of likelihood, while rising cyber-dependency is ranked as the second most significant driver shaping the global risks landscape over the next 10 years.

John Drzik, President of Global Risk and Digital, Marsh said: "Geopolitical friction is contributing to a surge in the scale and sophistication of cyberattacks. At the same time cyber exposure is growing as firms are becoming more dependent on technology. While cyber risk management is improving, business and government need to invest far more in resilience efforts if we are to prevent the same bulging 'protection' gap between economic and insured losses that we see for natural catastrophes."

Economic risks, on the other hand, feature less prominently this year, leading some experts to worry that the improvement in global GDP growth rates may lead to complacency about persistent structural risks in the global economic and financial systems. Even so, inequality is ranked third among the underlying risk drivers, and the most frequently cited interconnection of risks is that between adverse consequences of technological advances and high structural unemployment or under-employment.

The growing complexity and interconnectedness of our global systems can lead to feedback loops, threshold effects and cascading disruptions. Sudden and dramatic breakdowns – future shocks – become more likely. In this year's Global Risks Report we present 10 short "what-if" scenarios, not as predictions but as food for thought to encourage world leaders to assess the potential future shocks that might rapidly and radically disrupt their worlds:

Alison Martin, Group Chief Risk Officer, Zurich Insurance Group commented: "Extreme weather events were ranked again as a top global risk by likelihood and impact. Environmental risks, together with a growing vulnerability to other risks, are now seriously threatening the foundation of most of our commons. Unfortunately we currently observe a "too-little-too-late" response by governments and organisations to key trends such as climate change. It's not yet too late to shape a more resilient tomorrow, but we need to act with a stronger sense of urgency in order to avoid potential system collapse."

The Global Risks Report 2018 has been developed with the invaluable support throughout the past year of the World Economic Forum's Global Risks Advisory Board. It also benefits from ongoing collaboration with its Strategic Partners Marsh & McLennan Companies and Zurich Insurance Group and its academic advisers at the Oxford Martin School (University of Oxford), the National University of Singapore and the Wharton Risk Management and Decision Processes Center (University of Pennsylvania). 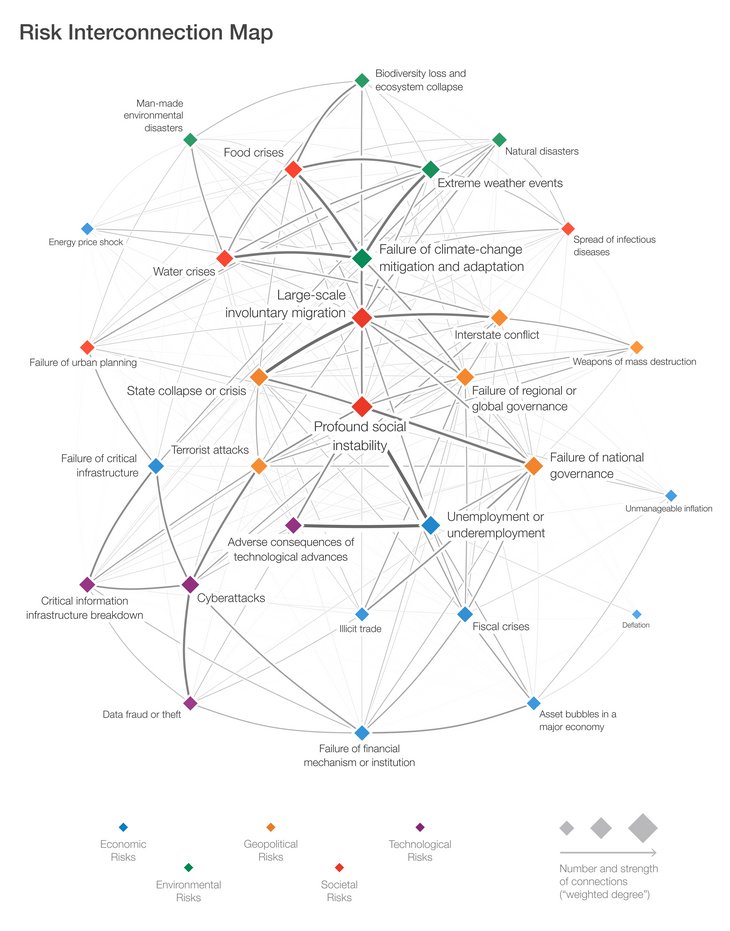 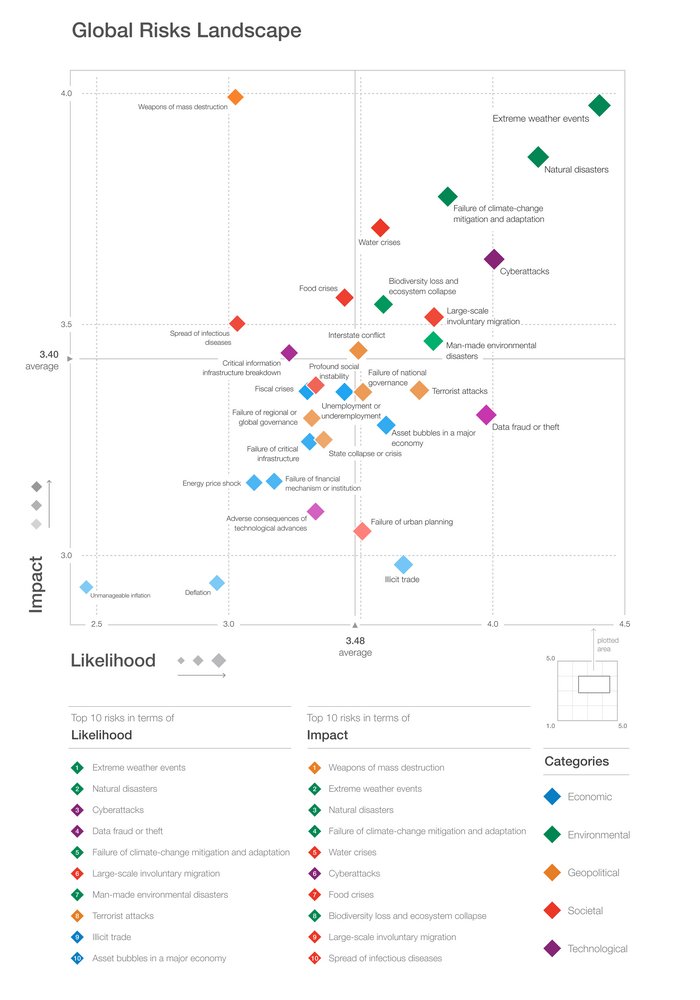 A way out of the strategic zero interest trap?