The European Central Bank’s attempt to utilise all available monetary policy means to force reflation is having a significant impact on the banking industry. The flat zero interest curve is eroding interest margins and, combined with the rapidly increasing costs of regulatory compliance, is undermining institutions’ profitability. At the same time, there is a backlog of corporate insolvencies due to the subsidisation of non-market and thus excessively low interest rates. This leads to an accumulation of bad but not visible credit risks in banking books. The simultaneous damage to profitability and balance sheet quality will be the crucial strategic challenge facing banks in the coming years.

First of all, let’s look at income erosion. The interest curve being at zero – or at the short end even depressed to -0.4% – and extremely flat over the term bracket has three effects on interest income: The deposit margins previously achieved from savings business are loss-making before costs when deposit interest rates are negative. Although the transformation margin can still theoretically be achieved, it is not acceptable from a risk perspective because of the possibility of an interest rate rise at the short end. It only exists in theory but when adjusted for risk is also negative. Therefore, apart from income from fees the credit margin is the last remaining source of income in commercial banking. However, the simultaneous attempt by many providers to earn additional contribution margins from credit to cover fixed costs leads to artificial excessive competition in this segment, which puts pressure on risk-adjusted prices and erodes margins.

These effects are currently still being covered by three mechanisms amounting to consumption of profit reserves, but of course each bank can only do this once:

In a normal macroeconomic and competitive environment, the response to this deterioration in the P&L would be twofold: Cost savings with simultaneous exploitation of income growth opportunities. However, the second component is unrealistic. The market realities described above are a barrier to increasing interest margins, while intensifying competition among banks and between banks and FinTech start-ups prevent an increase in fee income. In addition, new fee models in Germany are normally crushed between consumer protection processes and interventions by regulators aimed at protecting consumers.

This means that a hibernation survival strategy to overcome the P&L problem needs to be primarily found on the cost side. This calls for intelligent transformation. According to our estimates, in the area of IT many institutions could save around 1/3 of their costs by sourcing, cloud usage, simplification of products and processes and more flexible application development. In terms of non-IT costs, we also see saving potential of around 1/3 of costs through consistent end-to-end process digitization. The prerequisite for the success of these two cost strategies is a "simple bank" philosophy. There is no room here for the countless products, loops, special requests and pirouettes that were so prevalent in the old world. For decades, this has been a truism that has failed to achieve acceptance. Now, however, recognising this has become a matter of survival for institutions.

The risk of "zombie loans"

Nevertheless, the bigger problem in the medium term is the damage to balance sheet quality caused by so-called "zombie loans". These are corporate loans whose debtors are only being kept alive by the extremely low interest rates, who for some time have been unable to recoup their capital costs and who would long since have gone bankrupt in a normal interest rate environment. The number of companies affected by this failure backlog can be estimated using a "top down" approach. It is calculated from the difference between the long-term default experience of banks (for most segments 1.5 – 2%) and the rates observed since the beginning of the financial crisis. In 2016, for example, this was only 0.6% and approx. 0.7% the year before. The bow wave of accrued deferred bankruptcies that has been building up since 2007 is getting bigger with every year of artificial zero interest subsidies, as they accumulate over time.

With the existing internal ratings, which were introduced as part of the Basel II implementation, it is very difficult to identify this kind of credit risks, because key indicators in the financial rating are also distorted by the zero interest situation and thus deliver inaccurate signals regarding the resulting creditworthiness. The best, most intuitive and easy to understand example is interest redemption coverage.

As part of necessary active portfolio management, it is therefore essential to understand the quality of loan portfolios taking into account these distorting elements, namely central tendency and factor interpretation. This is the only way that active management of new business and risk selection will be able to mitigate the problem over a longer period.

Looking at the current policy of the ECB, we can assume that the extreme relaxation will last for at least another 1.5 to 2 years. On the one hand, this will further increase the problem of imbalance, but it will also provide a certain time window for active portfolio management, to adjust loan stocks with knowledge of the effects. Banks need to do both things at the same time: Radical cost trans- formation utilising the opportunities of digitalisation and reorientation of their credit risk management. Unlike 20 years ago with Basel II, regulators will not relieve them of the burden of identifying the work they need to carry out to achieve this. 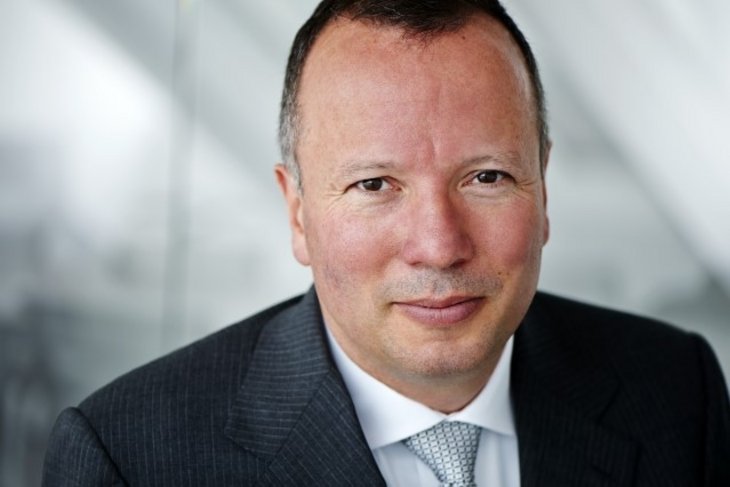 [The article was first published in the FIRM Yearbook 2018. Published with friendly permission of the author. Download the FIRM yearbooks here.]