Commodities from an index perspective were close to flat on the week. Behind this perceived calm, however, some major developments unfolded – as can be seen in the table below.

Apart from the energy sector, where strong gains were seen, the rising dollar was the main driver behind the weakness elsewhere. The dollar rose to the highest level since July against a basket of currencies, not least due to selling of GBP and JPY initially and EUR later in the week  ahead of the monthly US nonfarm payrolls report.

Our outlook for the final quarter of 2016 was released earlier today and in it we highlighted our reasoning behind maintaining a $45 to low 50s ($/barrel) range for Brent crude despite the Opec deal and why the risk of a stronger dollar may pose a challenging quarter for investment metals such as gold and silver. 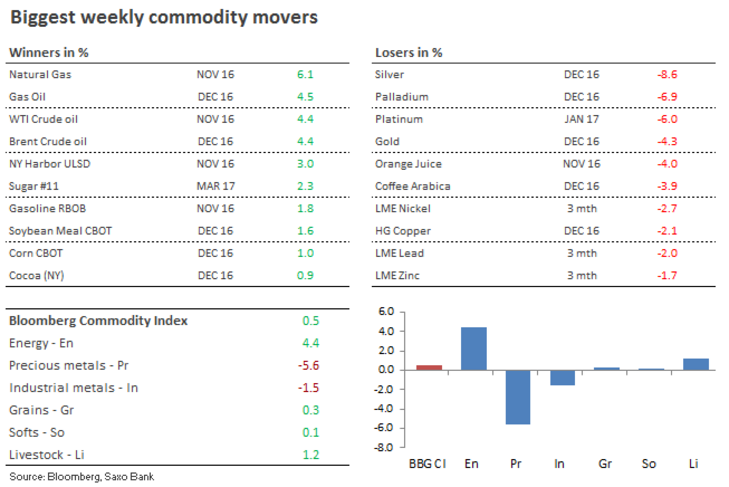 Where next for crude oil?

Following a week long surge the crude oil rally seemed to run out of steam after Brent hit a brick wall at $52.86/b, the 2016 high from June 9.

There remains some focus next week on the World Energy Congress in Istanbul where energy ministers from Opec and Russia are planned to hold a bilateral meeting to discuss Opec's agreement to cut production. The Russian energy minister Alexander Novak does not see an accord being reached at this meeting but has said it could be an important step toward reaching an agreement on capping production before the November 30 Opec meeting. 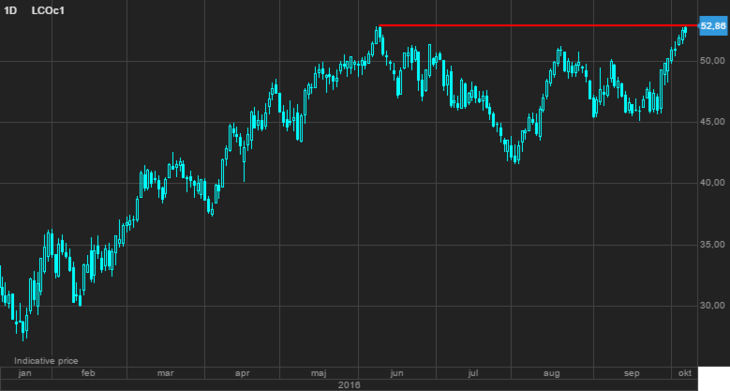 The open interest on WTI crude oil on the NYMEX futures exchange has hit a record, an indication that managed accounts as well as producers and hedgers have stepped up activity this past week.

WTI crude's one-year futures strips (the average price of 12 monthly contracts) for 2017 and 2018 have both reached levels last seen back in June. This has undoubtedly, just as was the case then, attracted renewed hedging activity and supported a narrowing of the spread between the December 16 and December 17 contracts. 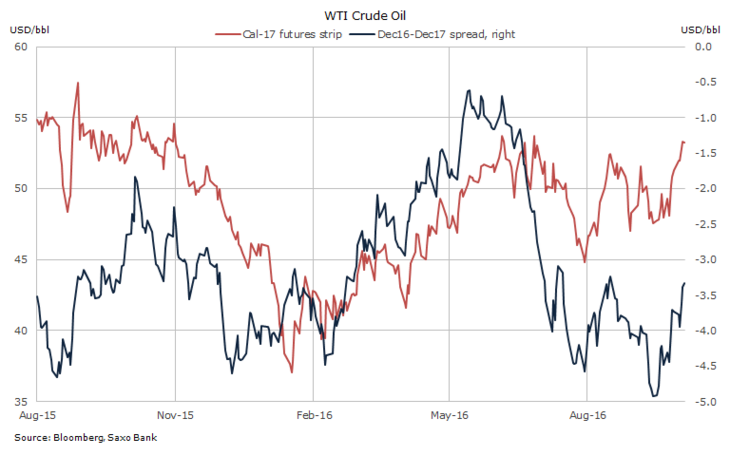 For now the sharply improved technical outlook is likely to continue to attract buyers but a much higher price at this stage risks becoming self-defeating with the attention turning from the potential Opec reduction to the increased opportunities for high-cost non-Opec producers.

Inverse head-and-shoulders formations on both WTI and Brent crude have created a lot of buzz among technical traders with a break signaling the potential of a much bigger move higher: 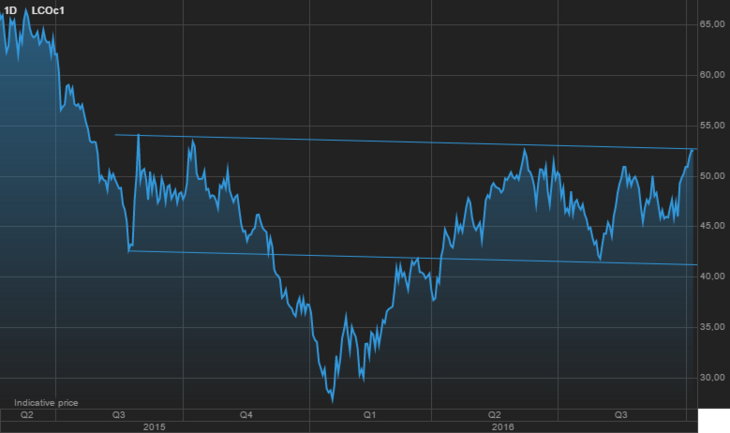 Gold found some support at $1,250/oz before and after Friday's US job report. This level represents the low before the June Brexit vote surge but also a 38.2% retracement of the $328 rally from December to July.

It has been a week of heavy long-liquidation from tactical traders such as hedge funds while ETF investors have been small net-buyers into the weakness.

The stronger dollar and worries about central banks removing the QE punch bowl were the triggers for the selloff with long-liquidation making sure this was 2016's worst week for gold. On Monday Chinese investors will return from their Golden Week to find gold sharply lower. The reaction from China could help set the short-term direction of a market still on the defensive; the force of the selloff could indicate that further weakness could be seen before consolidation. 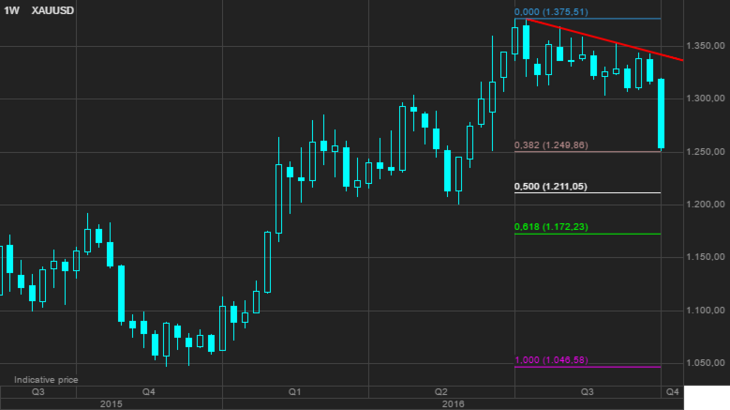 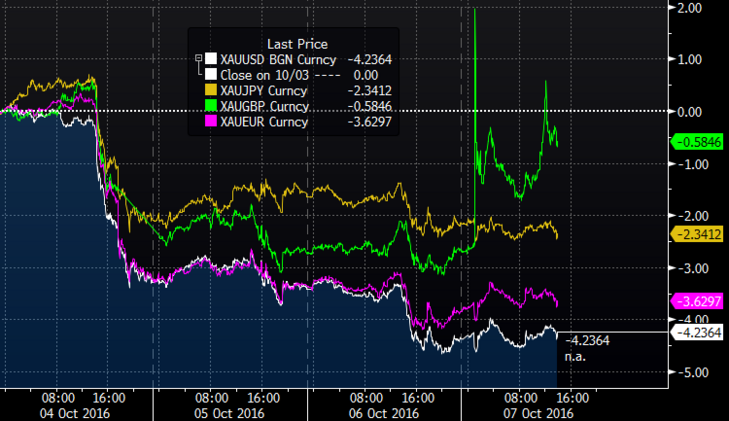