The invasion of Ukraine by Russian forces began on 24 February 2022. The Russian war against Ukraine has seen post Cold War hopes for a peaceful world order disappear almost overnight. But this war of aggression could be a turning point in history not just for the West but also for Russia itself. The background to the crisis is complex. For a long time now, the situation has been extremely fragile, as critical voices have repeatedly pointed out. At the 43rd Munich "Security Conference" back in 2007, the Russian President, Vladimir Putin, talked about the risks of NATO expansion to the east and a unipolar world. He called NATO's eastward expansion "a provocative factor that reduces the level of mutual trust". To get a better understanding of the key political and economic challenges brought about by the conflict and possible scenarios in a disordered world, we spoke to Emeritus Professor Dr. Günther Schmid, a renowned expert on international security policy.

In 2011, the Arab Spring led to huge disruptions in the global supply chain for the automotive industry, as a large proportion of wiring harnesses were produced in Egypt and Tunisia. It has now emerged that significant proportions of these "nervous systems" for cars are currently produced in Ukraine. So the war in Ukraine has led to another massive disruption in the supply chain. Do businesses lack (geo)political expertise? And, conversely, do politicians lack economic expertise?

Günther Schmid: On the one side, businesses have very little idea about the day-to-day life of a politician. And on the other side, politicians have very limited knowledge of economic processes and industrial supply chains. Simply put, the two sides have very little understanding of each other – they live in two totally different worlds. In other countries, for example in France, in the UK or in the USA, there tends to be a kind of symbiosis. Economists go into politics and then back again. This "revolving door effect" means that both sides learn from one another. But I don't see much evidence of this in Germany. German politicians lack a broader understanding of economic relationships, including possible supply shortages and potential disruptions in supply chains.

There are too few points of contact between the worlds of business and politics. And these are crucial to ensure a proper evaluation of the impact of geopolitical developments on the economy.

You can sum it up using a simple example. All the groups are sitting on the same train heading for the future. Politicians are in the first carriage, business is in the second carriage and society is in the third carriage. But there are no connecting doors between the individual carriages.

With this in mind, it will be fascinating to see what kind of state our society will become in the future. The past has largely been shaped by the concept of a rather inert welfare state. But today and in the future we may well be moving towards an era of greater state provision, where the state takes care of basic public services and acts to protect supply and delivery chains and critical infrastructure. Such  a state would get involved in important details, such as procuring masks, protective clothing and key strategic goods. But this can go to the other extreme: an excessively interventionist state that takes care of everything at the expense of its citizens' individual responsibility. 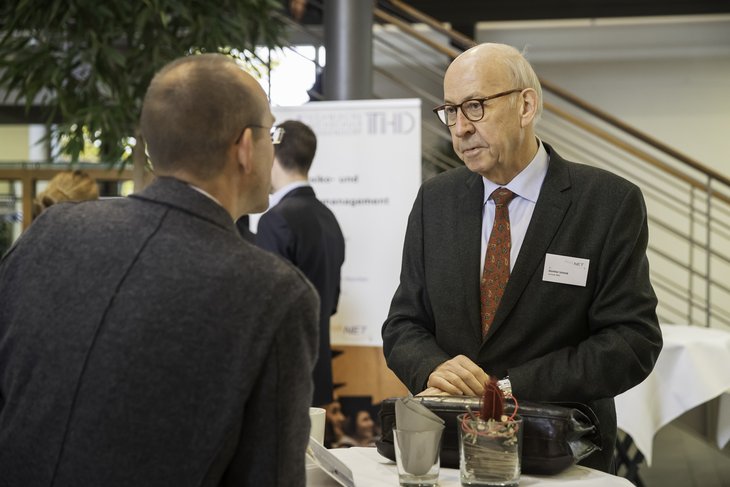 I'd like to look at the issue of raw material supplies. The raw material risk index lists raw materials with an extremely high supply risk such as yttrium. This rare earth metal is required in the production of permanent magnets for electric motors and for laser equipment, for example, which are both highly relevant future technologies. And there is no practical substitute for yttrium. It is almost exclusively (99 percent) mined in China. At the RiskNET Summit in 2015, you mentioned that the Foreign Office planning committee only carries out its crisis analyses a maximum of four weeks in advance. As a risk manager, I just can't get my head around that. No business thinks in terms of weeks or even months. So does the state need to think more strategically and longer term to ensure raw material supplies?

Günther Schmid: Geopolitical analysis has never been a common way of thinking in Germany. Foreign policy debates in Germany are generally based on specific events, wars or people – but not so much on an overall strategic level. There is a definite lack of understanding of strategic security policy. Questions such as "What would be the consequences of allowing Turkey to join the EU?" or "What would happen if we didn't bail out Greece?" or "How should we position ourselves towards China in the medium term?" are not the subject of long-term or strategic analysis. In a major exporting country like Germany, too few people in politics and society more generally have been interested in key questions about protecting raw materials and securing supplies.

Because of and following the 1990/91 reunification, we have tended to see ourselves in Germany as an "island of bliss" surrounded by a ring of friends. From this perspective, concepts such as power and geopolitics have not really been part of Germany's way of thinking.

In addition, since 1990/91 we have lost all strategic perception of threat – both mentally and in the white papers published by the armed forces. Official perceptions have not included threats; they have all been reframed as global risks. Wars have been perceived as marginal regional phenomena, although conflicts have been getting closer and closer: Yemen, Syria, Libya, Afghanistan, Crimea and so on. Wars have been viewed as anachronistic vestiges of an age that has long since passed. Security has been all about the lowest common denominator and is something of an abstract concept in the mentality of both the German people and their political elite. After reunification, a kind of pacifist sentiment was dominant in sections of the major parties.

Society, politicians and businesses lost sight of threats. German reunification seemed to be a blueprint for a world that is moving in the right direction. In parallel to these political developments, in society at large there has been a growing trend towards individualism, emotionalism, awareness and inclusion. The concept of wars and enemies didn't fit into this picture. People were convinced that multilateral diplomacy, "good services" and economic aid could solve all of the world's problems.

Unfortunately, as we now know this was a severe misjudgement. The rule-based liberal world order was a myth and a persistent delusion. And politicians are still talking about it, even though that world order never really existed. It was only ever a partial order that applied solely to Europe and North America. The shifts in power and uprisings that formed part of of what became known as the "col- our revolutions" in Georgia (2003), Ukraine (2004) and Kyrgyzstan (2005) showed us that the liberal rule-based world order was a myth. Against this backdrop of a rather euphoric mood, hardly any politicians at the time saw the need for a sound geopolitical risk or threat analysis for Central Europe in the subsequent years.

Another issue is the fact that there are inherent systemic deficiencies in German foreign policy and its decision-making process. We do not have a clear hierarchy for foreign policy decisions, as is the case in France or the USA for example. There, the President is the ultimate foreign and security policy decision maker and the supreme commander of the armed forces. Russia also has a clear vertical structure. In Germany, we have a fragmented decision-making apparatus involving coalition governments, parliament and the civil service, which means that we are always looking for consensus and the lowest common denominator when it comes to making decisions. Politologically, you could say it was consensual decision making based on bureaucratic consensus formulation. For example, when it comes to foreign deployments of the armed forces an obfuscating rhetoric has been developed that is repeatedly used to label those deployments. It is never war, but stabilisation or policing missions. Soldiers are development workers in uniform, mediators but never combatants.

The pronounced bureaucratic silo mentality is another barrier. There is a lack of dialogue between silos and no overall communication in the ministerial bureaucracies. There is also a lack of a long-term strategic direction such as that which an effective commercial business would adopt. The reality of a German politician's day-to-day life is a reaction to a world obsessed with headlines. Forward- looking action or thinking outside the box bring no benefit for a politician who thinks in terms of electoral cycles.

The German historian Heinrich August Winkler recently said that German people want to be left in peace by the world's inconveniences and if possible would like to be kept out of global political conflicts. Merkel's election campaign slogans in 2017 "You Know Me" and "Living Well in Germany" reflect this very limited interest in foreign policy and geopolitical issues.

Emeritus Professor Dr. Günther Schmid worked from 1985 until the end of 2014 in a junior department of the German Chancellor's Office, where he was responsible for the field of international security policy and global issues (specialising in Asia/China). He is a Professor of International Politics and Security at the Munich/Berlin Civil Service College. From 1975 until 1984 he was an academic assistant and lecturer in the department of international politics at the LMU (under Prof. Dr. Gottfried-Karl Kindermann) where he had both research and teaching interests. He studied political science (international politics), modern history and constitutional and international law at Ludwig Maximilian University (LMU) in Munich, and internationally, achieving his Masters in 1975 and his doctorate in 1977/78. 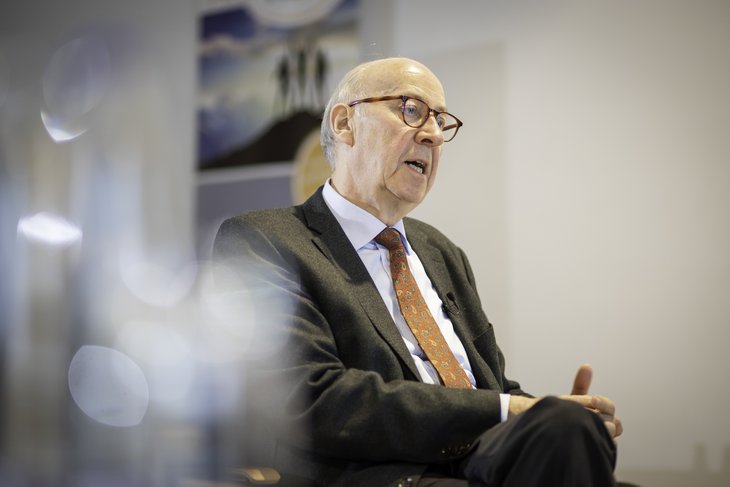 The painful financial side of NFR

What scenarios cause you sleepless nights?