Even deciding to get married can have serious consequences. But clinging to the idea of large-scale risks – by, for example, positing the notion of a 'risk society' – obscures many of the everyday risks associated with decision making. Viewed from a sociology perspective, this can even give rise to new disasters.

'Risk' and its management are not givens; they draw their significance – including their importance for pertinent action – from discussions about risk. The term 'risk society' coined by the recently deceased Munich-based sociologist Ulrich Beck indicates, accordingly, that this concept offers a description of society for which there are alternative narratives such as the information society, the experience society, the knowledge society and the consumer society. The notion of the risk society implies, in this context, that although all these formulae may indeed be correct, society is most enduringly shaped by the risks that it takes.

The term 'risk society' was swiftly adopted by the mass media and, when it was elevated to 'world risk society', gained popular currency far beyond the confines of sociology. By deliberately addressing the mass media, Beck was primarily aiming to ensure that the term became as widely and effectively used as possible. It was not always quite clear exactly what audience he was targeting his message at – academics, politicians, mass media or social movements – and this was probably his intention.

In his books, Beck drew a close correlation between risks and disasters. This is confusing because people had previously thought that most risks do not necessarily have to be associated with disasters. Rather than being plagued by horror scenarios, people's everyday lives are driven much more by their concerns about making incorrect decisions that could be a source of 'post-decisional regret' (James March). It is, at least, common for risks to be interpreted as a form of anticipation of decisional consequences, which can always equally been seen as opportunities. Instead, however, Beck posits a correlation between risk and disaster, the main effect of which is to project an image of horror.

Global warming, international terrorism and the uncontrollability of financial markets may be signs of highly disconcerting trends, but they are merely an expression of a selective observer's perspective that is nowhere near as inevitable as Beck suggests. A disaster is not simply something awful that elicits resistance on the part of all reasonable individuals. Rather, a disaster – viewed from a sociology perspective – is an event that people wish to prevent at all costs (Nicholas Rescher). Such an absolute aversion to, say, the expansion of nuclear power stations or to the manipulation of human genetic material is not simply a given; it is a correlate to disaster thresholds above which – but not below which – Beck's scenario materialises.

Such disaster thresholds vary according to social structure attributes such as poverty, income, education and gender. Disasters are not an ineluctable ­ultima ratio of a society that has become unpleasant. And risk is not necessarily the cause of disasters – it is a way of observing decisions. It addresses the phenomenon of a future that is never predictable but demands that decisions be made now.

In order to lend plausibility to a perspective that focuses solely on the omnipresent horrors of large-scale environmental, financial-market and terrorism-related risks, this elementary openness of decision making (contingency) must be ignored. Otherwise, this perspective of a risk society would lack its intrinsic necessity. And, indeed, Beck does use this concept of decision making, but only ever when exploring the self-inflicted uncertainty of unintended consequences (World at Risk). Modern-day society is mesmerised by the reflexive view of its own contingent decision making. Beck was primarily interested in the fact that this 'reflexive modernity' was suffering from this self-created uncertainty about the potential side effects of industrial and technological developments. Disasters of all kinds in the form of unintended consequences are – according to Beck – a product of the excessive complexity of industrial and technological trends. They are therefore a product of their objectively causal uncontrollability. If we could exert more control, we could make decisions without any unintended consequences.

What Beck is ultimately proposing here is a version of Perrow's 'normal accidents' theory elevated to disaster-like proportions. This view is essentially based on a material logic that has been turned on its head, and it ignores the dangerous pitfalls of constrained decision making which requires time and which, literally, makes the future risky (contingent). Beck opted for a 'planetary ethics' in which "perpetrators are directly confronted with the consequencesof their actions." This type of responsibility-based ethics could only be realised by a 'planetary' decision to reject complexity. Beck's view is that this would result in clearly identifiable and justifiable causalities which could in turn be attributed to their originators.

But what would be the consequences of a risk-averse regime? In addition to the potentially desirable simplification of causalities, there would be other, unintended consequences. And these would be equally disastrous: too few medicines, not enough food for the world, too little technological progress, and much more besides. We need to be aware of that.

The fact that Beck is oblivious to this may well be evidence of his own personal, albeit mass-media-focused disaster threshold with respect to spectacular hazards. In order to deal with these, he believes that society needs to be 'reinvented' from the ground up. The age of ignorance that Beck proclaims in this context can – if it is reversed in line with a sense of responsibility-based ethics – only culminate in an ultimate disaster caused by structural constraints on innovation. Although this would amount to a reinvention of society from the ground up, it might well be something we would prefer to do without.

The 'risk society' exerts a particularly strong influence on environmental and anti-industrial movement discourses which activate forces that run counter to civil society. Beck saw this as a 'unifying moment' or even a case of 'political catharsis'. The insight that nowadays we are occasionally faced with risks that have global social causes and effects is no doubt something for which we have Beck to thank. On the other hand, this insight is incorporated into the vision of a 'reflexive modernity' that undermines itself primarily owing to the constraints of its self-created hazards. The only thing that can prevent it from doing so – in Beck's view – is cosmopolitical social movements, although it remains unclear what risks this social form will entail this time around – as shown by the case of fundamentalism.

Beck categorically ignores the sociological theory of modern society (such as Niklas Luhmann's sociology of risk) when he writes: "Within the horizon of risk, the 'binary coding' – permitted or forbidden, legal or illegal, right or wrong, us and them – does not exist. Within the horizon of risk, people are not either good or evil but only more or less risky" (World at Risk). For this dramatic discourse on risk, Niklas Luhmann uses the comparatively sober expression 'contingency as modern society's defining attribute': and, in particular, the contingency of decision making, the consequences of which cannot be anticipated – they can only be retrospectively moderated (James March). This is true of any decision to marry, of any choice of career, and of unlikely but possible technological and environmental disasters resulting from a number of risky decisions (from BSE and Chernobyl to Berlin's new airport). And having married the 'wrong' person can, of course, also turn into a disaster. Anything that requires a decision is risky. 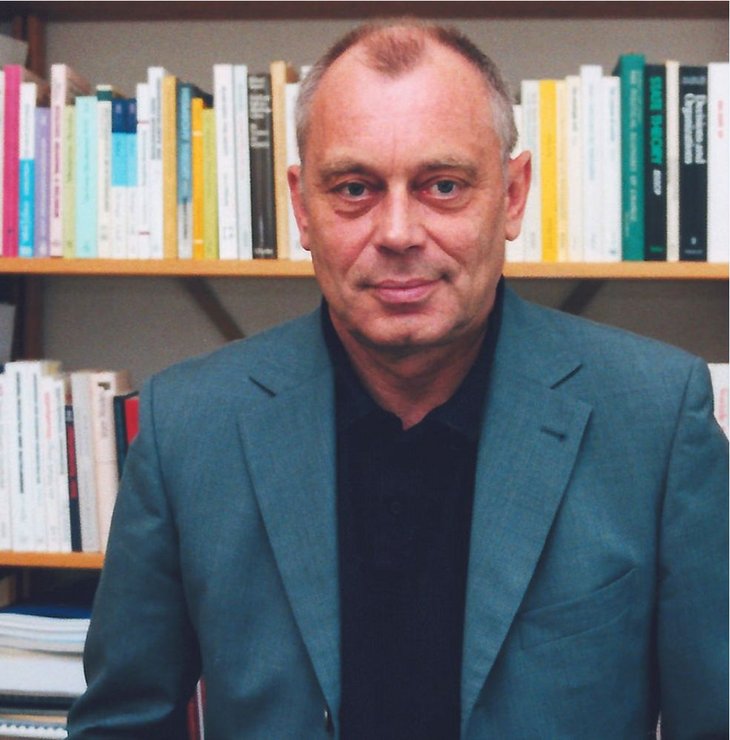 [Source: The text is taken from the book "The measurement of the risk". We thank the Union Investment Institutional GmbH for the kind permission of publication on RiskNET]