Samsung recalled 2.5 million Galaxy Note 7 phones after users reported flames and explosions caused by overheating batteries (estimated cost: $5bn+). Automaker, Toyota issued a recall on over four million vehicles to fix faulty pedals that led to unintended accelerations. In total an estimated nine million cars were eventually pulled back for pedal-related flaws(estimated cost: $3bn). Merck recalled Vioxx, another arthritis drug, after a study found that patients who took the drug were more at risk from heart attacks and strokes (estimated cost: $5bn). One of the largest recalls to hit the auto industry, expected to result in some 60 to 70 million units across at least 19 manufacturers being recalled worldwide. Japanese manufacturer, Takata filed for bankruptcy in June 2017 (estimated cost: $25bn+). And one of the largest food recalls in US history, triggered by salmonella fears. More than 4,000 products, produced by over 200 different companies, were impacted, triggering an industry-wide 25% reduction in peanut sales. The company responsible, Peanut Corporation of America, filed for bankruptcy (estimated cost: $1bn+).

Product-related risk is one of the biggest perils facing businesses today, with recall exposures having increased significantly over the past decade, bringing the potential for larger and more complex losses than ever before, warns insurer Allianz Global Corporate & Specialty (AGCS) in a new report. It highlights the automotive industry as being the most impacted by product recalls, followed by the food and beverage sector, based on analysis of insurance claims. Defective product incidents have caused insured losses in excess of $2bn over the past five years, making them the largest generator of liability losses, according to AGCS.

Product recall losses are a major contributor. Although recall frequency can fluctuate year-onyear, and by industry sector, there has been a steady rise in activity over time. A more robust focus on safety and regulation by authorities, the rise of complex global supply chains, the knock-on effect from the current economic landscape, growing consumer awareness, and the increasing influence of social media are among those factors ensuring recall exposures are growing significantly. In addition, malicious product tampering and even extortion incidents pose an increasing threat. Meanwhile, advances in product testing could see a rise in litigation activity in future, as DNA technology makes it easier to establish the link between an incident and a company.

"Product recalls have risen steadily in the past decade. We are seeing record levels of recall activity in size and cost today," says Christof Bentele, Head of Global Crisis Management at AGCS. "Tougher regulation and harsher penalties, the rise of large multi-national corporations and complex global supply chains, growing consumer awareness, impact of economic pressures in research and development (R&D) and production and even growth of social media are just some of the contributing factors behind this."

Defective products not only pose a serious safety risk to the public but can also cause significant financial damage to the companies responsible. Defective product/work-related incidents have caused insured losses in excess of US$2 billion over the past five years, making them the largest generator of liability losses, according to analysis [AGCS Global Claims Review: Liability In Focus. Based on analysis of 100,073 liability insurance claims] of insurance industry claims by AGCS. Recall claims are a major contributor to this total, alongside product liability claims.

The report "Product Recall: Managing The Impact of the New Risk Landscape" analyzes 367 insurance industry product recall claims from 28 countries across 12 industry sectors between 2012 and the first half of 2017. Overall defective product or work is the major cause of recall claims, followed by product contamination. The average cost of a significant [Significant event refers to product recall claims equal to or greater than €5m] incident is in excess of US$12 million (€10.5 million), with the costs from the largest events far exceeding this total. Over 50% of losses arise from 10 incidents. The IT/electronics sector is the third most affected industry after automotive and food and beverage, according to the claims analysis.

Automotive recalls most expensive and large-scale due to "ripple effect"

Automotive recalls account for over 70% of the value of all losses analyzed, which is unsurprising given recent record levels of activity in both the US and Europe [a record 53.2 million vehicles returned in 2016 in the US according to the National Highway Traffic Safety Administration. In Europe, automotive recalls jumped 76% year-on-year in 2016, the highest since the EU’s rapid alert system (RAPEX) began, according to Stericycle Expert Solutions]. "We see an increasing number of recalls with higher units in the automotive industry," says Carsten Krieglstein, Regional Head of Liability, Central & Eastern Europe, AGCS. "This is driven by factors such as more complex engineering, reduced product testing times, outsourcing of R&D and increasing cost pressures. The technological shift in the automotive industry towards electric and autonomous mobility will create further recall risks."

One of the largest recalls to hit the auto industry to date, involving defective airbags, is expected to result in some 60 to 70 million units across at least 19 manufacturers being recalled worldwide. Costs have been estimated at close to US$25 billion [Bloomberg, March 30, 2016. "Takata puts worst-case airbag recall costs at $24bn".]. This incident exemplifies the growing "ripple effect" which impacts the automotive sector, but also other industries. Given the use of many common components, a single recall can impact a whole industry.

Food and beverage is the second most impacted sector, accounting for 16% of analyzed losses with the average cost of a significant product recall claim almost US$9.5 million (€8 million). Undeclared allergens (including mislabeling incidents) and pathogens are a major issue, as is contamination from glass, plastic and metal parts. Malicious tampering and even extortion incidents pose an increasing threat, as well as the growth of "food fraud", which has become a major issue, resulting in reputational damage and major losses, as seen in the horse meat scandal in Europe four years ago.

The report also identifies emerging recall triggers that will drive future risks and claims,  largely stemming from new technologies. Advances in product testing such as genome-sequencing technology will make it easier for regulators and manufacturers to trace contaminated products in future, potentially saving lives, but also potentially spiking litigation activity, as liable parties can be more easily identified.

Cyber recalls may become an increasing reality. Hackers could change or contaminate a product by controlling machinery in automated production plants. "Cyber is currently an underestimated risk," says Bentele. "We have already seen recalls due to cyber security vulnerabilities in cars and cameras." Innovative but untested technologies such as artificial intelligence and nanotechnology could also transform recall risk.

Social media is a fast and effective way of communicating with customers but can also exacerbate recall risk if not well-managed. "Social media is a real game-changer for product recall," says Stewart Eaton, Head of Product Recall, UK, AGCS. "An erroneous post or tweet can cause reputational damage and directly impact the size of a recall, meaning companies need to react faster than before."

Recalls for ethical and reputational, rather than safety, reasons are also on the rise, such as in cases where child or slave labor has been used in the supply chain or where food such as halal or vegan has been mislabeled or counterfeited. "There will be incidents when there is no legal requirement to recall but it is the right thing to do. This is a genuine business risk which companies have to be prepared for," Bentele says.

Pre-event planning and preparation can have a big impact on the size of a recall and the financial and reputational damage sustained. As part of a holistic risk management program, specialized product recall insurance can help businesses recover faster by covering the costs of a recall, including business interruption. It also provides access to crisis management services, and consultants, which can test a company’s procedures and offer global support in areas such as regulatory liaison, communications, product traceability and tampering investigations and even genome sequencing and DNA testing to understand a product contamination.

"There is now much more attention on how companies deal with defective or contaminated products, how responsive they are and how resilient their safety systems are. More than ever consumers are also part of the agenda and are driving company behavior by making their choices subject to how companies deal with crises. A company that embraces crisis management, and makes it part of its DNA, is far less likely to suffer a major incidence," says Bentele. 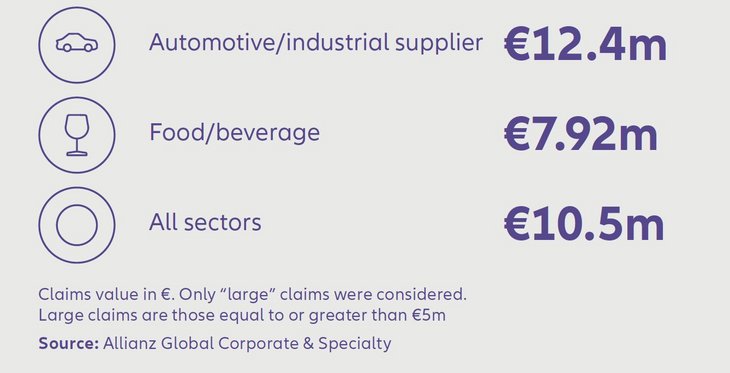 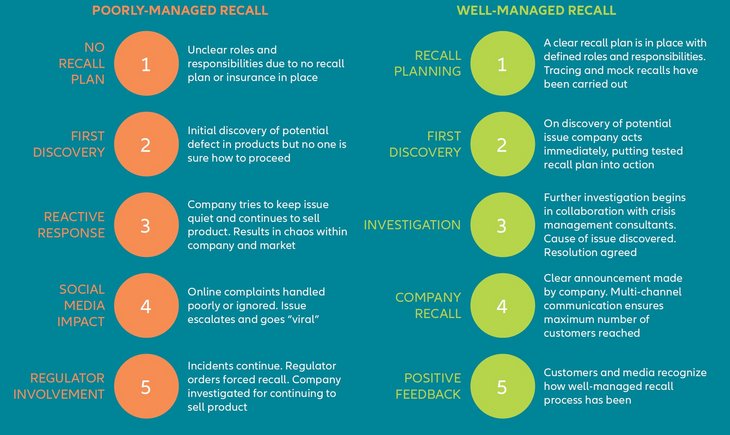 Figure 02: From a poorly-managed recall to a successfull recall in five key steps [Source: AGCS]