Sport and business have a lot in common. Not just in terms of sponsorship, advertising and TV contracts. The two disciplines also have parallels in the importance of meticulous preparation. Biathlon is a great example. Opportunities and risk go hand in hand – when shooting and when choosing the right equipment.
Benedikt Doll gave our editorial team an insight into his sport, biathlon. Doll should certainly know what he's talking about, having recently been crowned world champion in Hochfilzen. The questions were asked by Frank Romeike, founder and Chief Executive of RiskNET - The Risk Management Network and Editor in Chief of the RISK MANAGER magazine, and Prof. Matthias Scherer from the Technical University of Munich.

It was a bit of a surprise when you won the World Championship 2017 in Hochfilzen! A big stroke of luck or precision planning?

Benedikt Doll: You can look at it from two sides. On the one hand, everything has to fall into place in a 24 minute competition. I’m always in contention in the skiing, but on the shooting range I sometimes need a bit of luck. On the other hand, I've been doing biathlon since I was seven, so for 20 years, always with the aim of getting to the top, and from that point of view it’s all about meticulous preparation and not chance.

When did you consciously decide to pursue a career in professional sport? Was there a key experience? What role was played by your father Charly Doll, a very successful mountaineer and ultra runner and for many years the world record holder for the twelve hour race?

Benedikt Doll: I made the decision when I finished school, so after my examinations when I was 19 years old. At that age you have a good idea of whether a successful future as a professional sportsman is realistic. When you finish school, you have to decide whether to carry on or not. But I never considered giving it up. With all his expertise and experience in training, my father taught me very early to listen to my body and to be aware of what kind of training is good for me and will help me improve.

In shooting, it’s clear that you have to weigh up the risks of taking a quick shot or aiming more carefully. Is this a decision you make spontaneously based on the situation or do you decide on a strategy before a race?

Benedikt Doll: I can only speak for myself. The risk strategy is partially determined in advance and decided before the competition begins. In an individual competition, a mistake in the shooting adds a minute to your time, so it definitely makes sense to spend two or three seconds longer aiming. In head-to-head competitions, you make the decision on the shooting range depending on the situation. You sometimes have to take a very risky shot, for example so that you can leave the shooting range with a leading group. If you take too long, you might hit all the targets but you still won’t make it onto the podium and that’s where we all want to be.

Do you take different risks in relay races than with individual starts?

Benedikt Doll: The difference between relay races and individual starts are the three reloads. This can eliminate shooting errors. But because you get more shaky the longer you stay on the stand because of the fatigue from skiing, you try to avoid these reloads and choose the same risk as in individual events.

What is the risk of a doping offender being detected? How could the monitoring system be improved?

Benedikt Doll: In this area, I tend to look mainly at myself and as long as I feel that I have the opportunity to make it to the top of the podium with my own strength, I don’t really mind if others think they need to manipulate the sport. I think it’s a real shame that doping damages the image of passionate top-level sport so badly. The biggest problem in the worldwide monitoring system are the huge inequalities between different countries. The intensity of the monitoring competitors face depends on their country.

What role does equipment play in biathlon and who optimises it? Does this also involve a risk assessment?

Benedikt Doll: When it comes to equipment, although we always want the latest technology we also tend to be quite conservative. For example, you choose the skis that you know will still work well for you in changing temperatures rather than a ski that was faster at the time of the pre-competition ski test.

You study marketing and sales, and photography is one of your hobbies. What marketing activities do you carry out yourself and where do you put your trust in professional partners?

Benedikt Doll: Essentially, I’m still very hands on with all the activities. But I work with a consultant who does a lot of jobs for me, prepares decisions and always supports me with his expertise.

We presume you get your passion for cooking from your father, a former leading chef. What role does nutrition play in a sportsman’s life and what should an amateur sportsman try to emulate?

Benedikt Doll: Nutrition is a crucial factor in achieving top sporting performance. Without the right mix of nutrients in your food, you won't have the energy to do your sport and it takes you much longer to re- cover. For us as elite sportsmen and women, poor nutrition can make that crucial percentage of difference that stops you achieving your peak performance.

Sportsmen are eternal optimists. What can you do better than this year in the Olympic winter of 2018?

Benedikt Doll: The present system in our training group is very successful. Apart from a few minor, individual adjustments we will keep doing the same in the coming Olympic season. This means similar training content, training locations and personal plans. 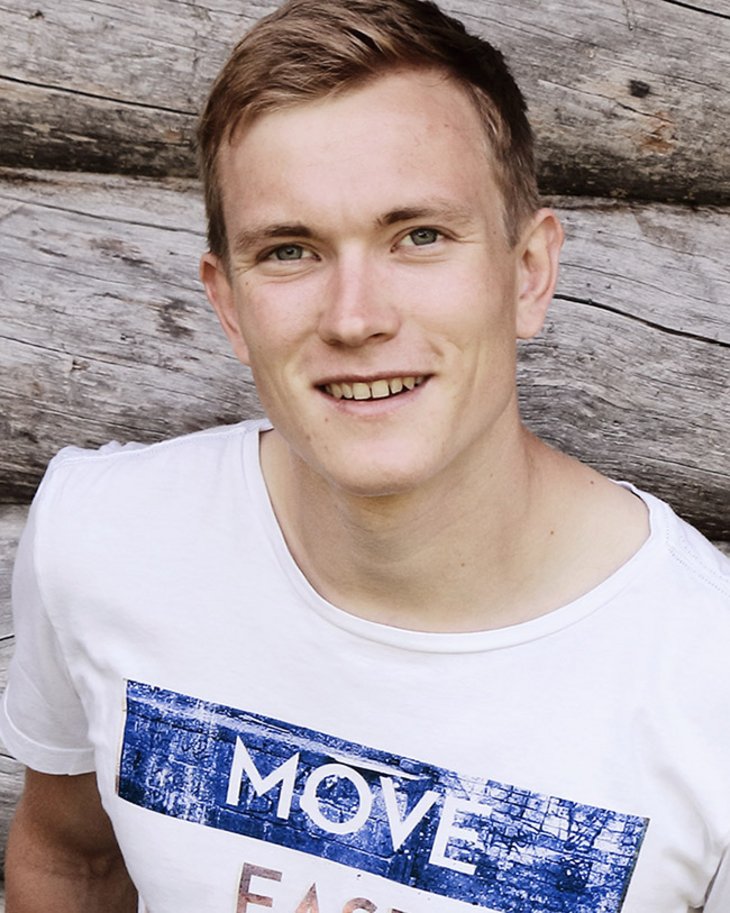 Benedikt Doll is a German professional biathlete. Since the 2015/16 season, Doll has been an established member of the German squad in the Biathlon World Cup. At the 2017 World Championships in Hochfilzen he won his first world title in the sprint and his first individual race in the World Cup. Alongside his professional career, he has been studying marketing and sales at the HFU Furtwangen since 2011.