At the end of 2016, global sector trends remained mixed, including in the regions that until now have been relatively spared by the increase in risks. Over the whole year, across 12 sectors evaluated in six regions of the world, nearly half saw their assessments change. There were 23 downgrades for 10 upgrades.

The trend is likely to continue into 2017. Global growth is still weak (estimated at 2.6%). Still-low commodity prices are weighing on the profitability of many sectors. The increase in political risk, provoked by uncertainties linked to the victory of Donald Trump in the US presidential elections, toBrexitand to a number of political events in Europe, could lead companies in the developed countries to postpone their investment decisions.

In the 4th quarter, North America became the most weakened region at a sector level

This quarter, North America is the region that has been most weakened by the increase in risks. After a net reduction in company insolvencies in 2014 (-16%) and 2015 (-12%), they figures are expected to stabilise in 2016, with then a slight increase of +1% in 2017. The sectors that depend on household consumption will suffer most from the slowdown in growth. The rate of increase in retail sales is already down one point over one year at the end of July 2016. The second increase in key lending rates since the 2008 financial crisis, which is expected in December, will increase the cost of loans and affect purchasing habits in poorer households.

An increase in credit risk in Europe

Credit risks are increasing in Europe, despite a slight drop in the number of insolvencies.
In Western Europe, the agrofood sector dropped by a notch, to "high risk". European grain producers, particularly in France and Germany, suffered from an adverse twofold effect of prices and volumes: unprecedentedly low production in an environment of low prices worldwide.

A further downgrade in the Middle East: the ICT sector is robust but risky

In the Middle East, the risks in 3/4 of sectors are considered as "high" or "very high". The most recent sector downgraded to "very high" risk is ICT, where margins have been affected by the market downturn, primarily linked to the drop in oil revenues. Moreover, re-exports to Iran will decrease, given the lifting of sanctions. Finally, the existence of a black market that is difficult to control has also contributed to the drop in profits on the legal market. 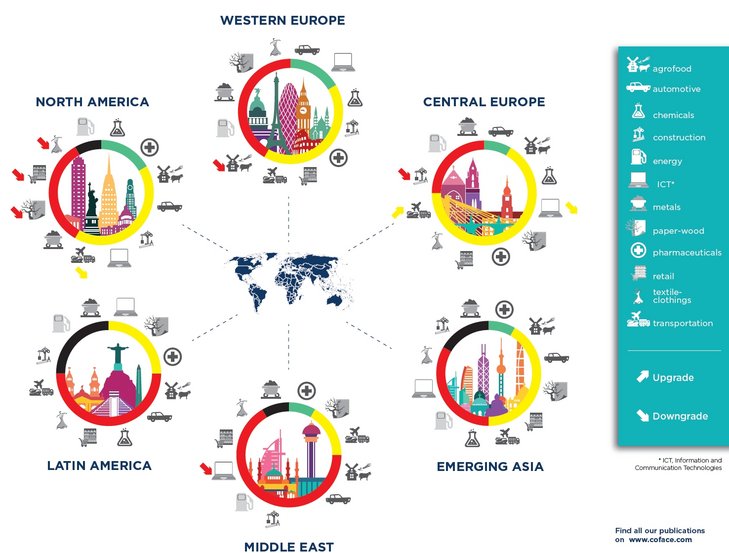 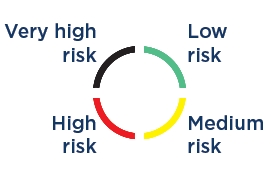