In the wake of the sub-prime mortgage crisis, many have voiced doubts as to whether financial models are fit for purpose. At the time the crisis struck, in the autumn of 2007, many market participants had taken risky bets on toxic loans that had inflated a speculative bubble in the US property market. Analysts had put a positive gloss on everything. There was little transparency, and there were considerable barriers to understanding. The outcome is well known. Do financial crises signal a failure of the market or the theory? Can bankers and regulators still cut through the complexity of what they are doing? The list of non-trivial questions about the performance of risk management is long.

With its bold economic claims, Wall Street is a master of the mathematical idiom. A rigorous mathematical approach is used to underpin financial models scientifically. The tools employed by financial engineers (quants) are sleek, elegant and highly effective. Stock market players are 'random walkers', who stoically analyse data from the past to optimise their utility. As far as the use of option Greeks is concerned, risk management is a measurement problem. This activity can be compared to a drunk walking home: whether he lurches to the left or right is purely a matter of chance. Each step is difficult to predict. It is uncertain which path he will choose. The only certainty is that he has a destination in mind.

The mismatch between theory and practice is disconcerting. The complexity of financial markets cannot simply be formulaically replicated by timelessly valid models resulting from questions about casino games. Financial mathematics in its current form presupposes stable and transparent systems. Casino games are fair, and there are no interactions between market participants.

This view takes little account of the fact that large-scale traders can use leverage to move markets or that smaller players seek to outwit each other, and it does not factor in domino effects, herd behaviour or bubbles caused by irrational exuberance. The fact that forecasts based on lotteries often deliver better results than highly abstract financial models should give us cause for concern.

Players with a handicap

Since casino games constitute the natural order of things, analysts often overestimate what models are capable of. They are usually immune to criticism of the dubious validity of financial mathematical models because mathematical results are seen, by definition, as absolutely valid and are therefore never (or only rarely) questioned. However, the potential offered by casino games is being exhausted because, in financial markets, historical dependencies break down and random walkers always have to play fair games. The scene is therefore set for fundamental change. This change is being resisted – successfully so far – by a counter-movement consisting of scientists, academics and researchers who are absolutely determined to develop even more sophisticated stochastic models so that they can bring finance even more closely into line with science and its objectivity. The fact that Knightian uncertainty is observed in financial markets is a strong indication that the financial services industry must make timely efforts to establish how its objectivity functions in reality.

Back in the 1920s the economist Frank Knight drew a distinction between risk (where expected values exist) and uncertainty (where there are no expected values). From this he concluded that the world was uncertain (i.e. unpredictable) rather than risky (predictable). The fact that bankers confused risk with uncertainty during the sub-prime mortgage crisis leads us to the million-dollar question: how can we make financial models more sensitive to circumstances resulting from new structures that are generated differently from previous ones?

This question is absolutely fundamental in a world of fair games, and there are no simple answers. The Basel regime itself is a further substantial obstacle blocking the path to solutions. It forces analysts to view financial markets in the same way that physicists view the world and, because of its metrics-based approach, encourages the illusion that they are in control. Because the benefit of standardisation is at least partly offset by the drawback of the narrower scope for acting and reacting, analysts become players with a handicap in the financial markets’ perpetual game of changing the games being played. The trap has already been set, because financial physicists are unable to think methodically about how to change games.

In future we should be aware that stochastic processes will only describe a good approximation of financial markets if actors behave like roulette players, who play passively against the ball spinning around the wheel rather than playing actively against others. In market games, where today nobody knows whether roulette, poker or a mixture of casino games and parlour games will be played in future, the sort of stochastic expertise that dispels any doubts is – unlike in casino games – initially less important. It is even true to say that the more models are refined, the more absurd they appear and the more arbitrary their results become. This inevitably leads to the next error when market participants use the laws of mathematics to their own advantage.

It is a truism that models which help to cause crises in the first place cannot be the solution to such crises. How can reality be replicated less naively than by using the casino-games analogy? Or, to put it differently, how can we maintain the primacy of mathematics while freeing it from the baggage of the sterility that is bound up with this analogy? The observation that the market players who are successful are not those who do their sums right, but those who accurately assess their own position relative to others, shows that the random properties of market prices are not the precondition for, but rather the result of, actions. By the same token, uncertainty arising from strategic behaviour is not a peculiar feature of markets but rather the precondition for their proper functioning. Because financial theory – embedded in a stochastic paradigm that says nothing about causes – cannot renew itself from within, it needs to be broadened so that it can address the financial sector’s general misconceptions about games. This will require more mathematics rather than less and, above all, it will require more complex mathematics. Game theory is a sophisticated mathematical method, as a result of which casino games will become superfluous only to the extent that market gamescan be used to quantify players’ risky behaviour.

Game theory mathematises self-organised processes (games!) in the form of structural and behavioural characteristics that are regarded as essential. The famous Nash equilibrium classifies game outcomes in which each player accepts his or her chosen strategy. The empirical branch of game theory examines game models experimentally. Because the financial system can be explained by the interaction of its parts, and market decisions are complex games, game theory meets the minimum conditions – from a modern, systemic perspective – for being able to solve, to a good approximation, the valuation problems posed by financial markets.

The fact that game theory complements financial theory both conceptually and methodically by adding those problem areas in which models will in future have to prove their worth, is one perspective. The fact that financial (game) models – which are realistic because they behave similarly to the financial system – cannot be a copy of the original from the realm of physics, is another perspective. Even though there is no doubt that game theory serves a useful purpose because it factors in behavioural risk, it must be admitted that, in the academic battle of ideas, reality is still losing out to the illusory precision of formulae that hardly anyone in the financial community understands these days. The mathematisation of financial and economic processes in the form of games even now too often fails owing to the inertia of academic curricula. The enormous amount of human capital tied up in the stochastic paradigm is the law of inertia for the teaching profession, which is preventing the necessary reforms from being made to the syllabus. It is some consolation here that the University of Bonn is a beacon of change because of its focus on game theory.

The financial markets are a complex system involving many uncertainties. Aspects of game theory can be found everywhere. Financial (game) models offer the best possible way of estimating the wide range of potential outcomes and their associated threats. This comes close to achieving the real objective of risk management: it is 'sexy' to be more or less right rather than exactly wrong; playing the wrong game with the right strategy is a mathematical 'glass bead game'.

Volker Bieta, born 1955, obtained his PhD in game theory from the Center for Mathematical Economics at the University of Bielefeld (director: Reinhard Selten, a Nobel prizewinner in 1994). He is a management consultant in Berlin and a lecturer in game theory and financial mathematics at Dresden University of Technology (TU Dresden). He has authored more than 80 academic publications as well as six books on game theory. 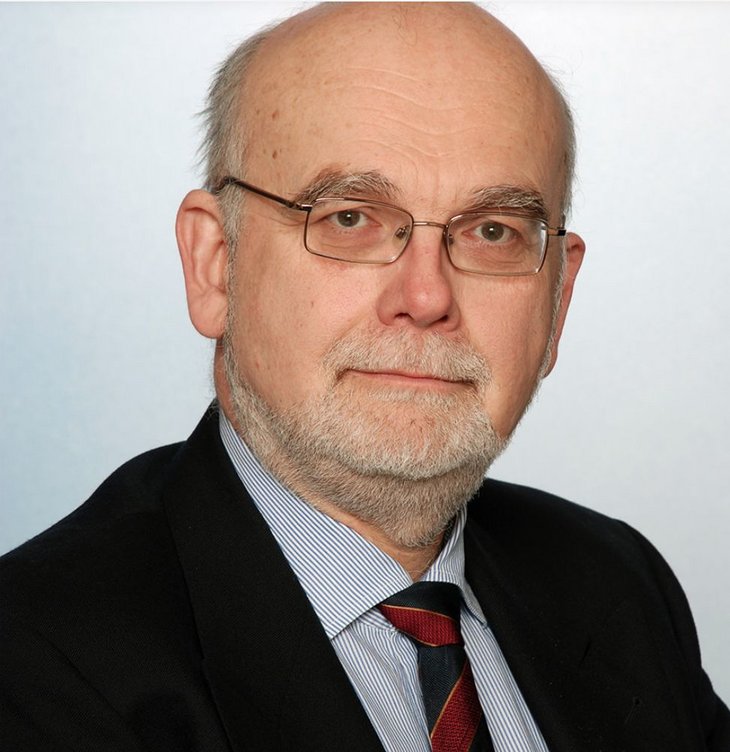 Are We Afraid of the Wrong Things?