The economy is expanding, equities are at new highs and markets appear calm. What is there to worry about? Geopolitical risks are ticking up, according to our BlackRock Geopolitical Risk Indicator (BGRI). But this isn't automatically bad news for markets.

The BGRI gauges the degree of financial market concern about geopolitical risk. It tracks the frequency of geopolitical risk mentions in media and brokerage reports, adjusting for sentiment reflected in the text. A positive score indicates markets appear more concerned about geopolitical risks relative to recent history, whereas a negative score implies less concern. The BGRI is now at the highest level since March 2015, and well above early 2017 levels, when markets were digesting Donald Trump's election win, worrying about the French election outcome and fearing the potential for a hard Brexit. How worried should we be about the recent BGRI uptick? The indicator is still well below its longer-term peak, as the chart above shows. But we believe risks such as a more muscular U.S. approach on trade bear watching.

Past performance is no guarantee of future results. It is not possible to invest directly in an index.
Sources: BlackRock Investment Institute, with data from Thomson Reuters and Dow Jones, January 2018.
Notes: The BGRI tracks the relative frequency of terms associated with geopolitical risks within the Dow Jones Global Newswire database and Thomson Reuters Broker Report database, adjusting the score for positive or negative sentiment in the text of articles. A positive BGRI score means markets' concern about geopolitical risk is elevated compared with recent history, a negative score indicates historically muted market concern and zero represents approximately neutral concern relative to recent history. The indicator is still under development and is meant for illustrative purposes only. The Global equities line represents the performance of the MSCI All-Country World (ACWI) Index.

Sudden geopolitical shocks tend to hurt global risk assets only briefly if the economic backdrop is sound, according to our analysis of asset performance following shocks since 1962. U.S. Treasuries can be an effective hedge during such episodes, we find. This perceived safe haven also tends to rally ahead of "known unknowns” such as elections with binary outcomes, then lag after the event as the lifting of uncertainty boosts risk assets. Market effects of localized geopolitical shocks tend to linger longer where the events occur. A longer-lasting and more acute negative global market reaction is more likely if multiple shocks occur simultaneously or if the economy is weak, we find.

Many of the risks markets worried about at the start of last year did not materialize, spurring very strong stock market performance. We are starting 2018 with geopolitics clearly on the radar screen, as our BGRI shows. Yet the economic backdrop is solid; our BlackRock Growth GPS shows sustained economic expansion ahead. We do not expect geopolitics to disrupt this trend.

What could upset the applecart? We are most worried about the potential for a protectionist U.S. approach to trade. This is a risk that could shake up global growth and earnings prospects - and call into question our economic outlook. Any breakdown in North America Free Trade Agreement talks would be an ominous sign for global trade, we believe, and hit emerging market (EM) stocks in the short term. Increasing trade tensions with China are another worry. We are closely watching next steps in the ongoing U.S. reviews of China's trade practices in industries such as technology, steel and aluminum. We do not expect a trade war, but investors should beware trade-induced volatility in 2018. We are maintaining our preference for EM and non-U.S. developed market stocks, and favor a diversifying allocation to U.S. Treasuries. Our base case: Geopolitics do not disrupt markets' risk-on tone in 2018 other than briefly. 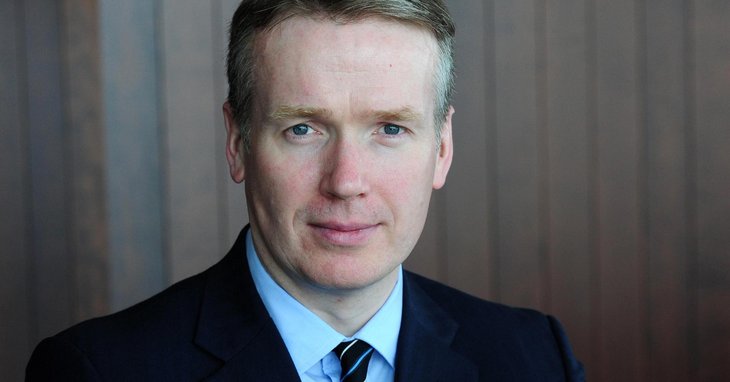